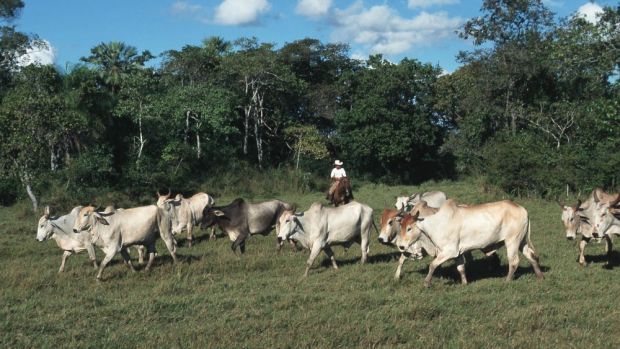 Planting trees can offset the carbon footprint of beef production.

GLASGOW Forty-five governments committed to the goal of more sustainable agricultural and food production at the World Climate Change Conference in Glasgow.

Governments want to invest money and effort into transforming agriculture into a greener and more sustainable sector. The UK government, which is hosting the global climate conference in Glasgow, said at the weekend that supporters were ready to commit a total of $4 bn. (€ 3.46 bn.) in public funds. The money will be used to make more climate-resilient crops, gentler soil management and other sustainable solutions affordable and accessible to hundreds of millions of farmers, among other things. However, which countries are supporting the scheme has not yet been announced.

According to the UK Department of Agriculture(DEFRA), around a quarter of global greenhouse gas (GHG) emissions come from agriculture, forestry and other forms of land use. Therefore, there is an urgent need to reform the way food is produced and consumed, especially as the demand for agricultural products continues to increase due to the continued growth of the world's population.
More about this topic 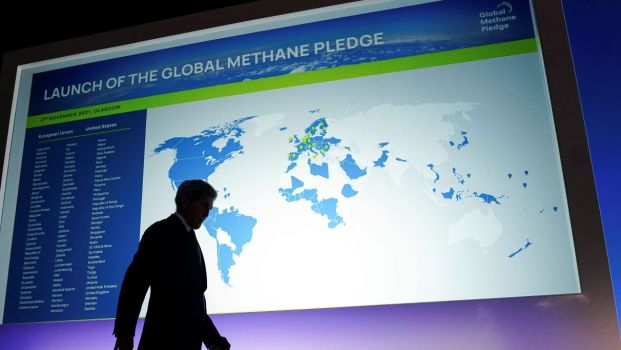 picture alliance / Reuters / Kevin Lamarque
World Climate Conference
30% less methane by 2030
At the world climate summit, more than 100 countries pledged to reduce their methane emissions. But some heavyweights are not among them. more ››


Currently, forest land, agricultural soils and important other ecosystems that played a crucial role in absorbing carbon and cooling the planet continued to be lost. In addition, farmers' livelihoods are also coming under increasing pressure as climate change has a growing impact on farm productivity. To help farmers adapt and make food systems more resilient for the future, the adoption of more sustainable practices is essential.

Specifically, the commitment made by countries to more sustainable agriculture includes a pledge to support internationally agreed "action agendas". According to DEFRA, these are designed to identify steps that governments, farmers and others can take to implement reforms and innovations to bring about the changes needed to build sustainable food systems. Agriculture minister George Eustice stressed that all parts of society needed to take action to still meet the 1.5 degree target of the Paris climate agreement. To do so, he said, progress is needed, particularly in the way ecosystems are managed and food is grown, produced and consumed around the world. According to Eustice, it is imperative to support small farmers, indigenous peoples and local communities in particular.