Serious consequences for the world 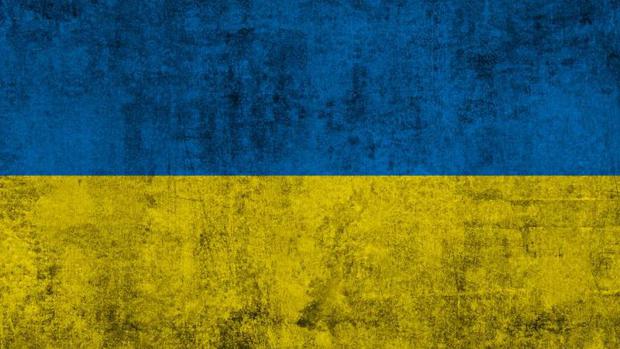 Putin's war of aggression on Ukraine shakes the world.

FRANKFURT Experts from dfv Mediengruppe have provided an initial assessment of what impact the war will have on the markets.


No one knows how Putin's war will continue. But it is clear that February 24, 2022, will mark a turning point for the world, as German Chancellor Olaf Scholz put it. The dramatic events have shaken people around the world and will have serious consequences: social, humanitarian, but also economic.

The dfv Media Group has therefore pooled its expertise from eleven business sectors and asked specialist editors to venture an initial assessment of the impact on the global, German and European markets as part of the digital format "Breaking Business - War in Ukraine". The focus of the digital event, which was attended by more than 1,500 viewers and moderated by dfv project manager Vittoria Gussoni and the managing director of the dfv Euro Finance Group, Andreas Scholz, was not only on the agricultural, meat and food sectors, but also on the financial markets and the textile economy and industry.

Andreas Scholz began by outlining Germany's general economic and financial ties with Russia. He said that the export business, with € 26 bn. last year, was certainly important, but that the share of total exports was only about 2%: "We don't want to talk that down, we will notice these skid marks. But much more important in terms of gross domestic product (GDP) is our dependence on Russian energy," the financial expert said. "Our economy needs energy, Russia is one of our main suppliers. Unlike exports, the share is not 0.2% of our GDP, but up to 1.5%." The GDP expectation for this year, which was 3.5% growth after the pandemic, was downgraded to 2% after the war as a geopolitical shock, he said.

All of this, he said, also has implications for monetary policy. "Even before the war, we saw inflation; in the European Union (EU), it was 5.8% in February, according to Eurostat, and 5.1% in Germany," Scholz elaborated. "Now the European Central Bank (ECB) is in a dilemma. Because in the fall of this year, the first small steps were supposed to be taken to raise interest rates in order to curb inflation, now the question is whether that is not too early after all. So prices have a dual effect, on the one hand they increase inflation and on the other hand they dampen growth." 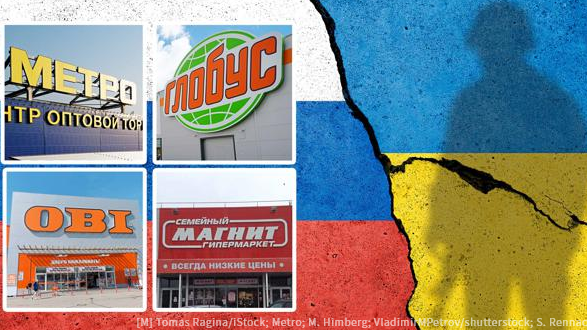 LZ
Eastern Europe conflict
War in Ukraine weighs on trade
The dispute is becoming a danger for German and European traders. Fighting and sanctions threaten property and returns. The Schwarz Group has canceled its entry into Ukraine. more ››

The impact of the war on the food trade and industry was reported by Jan Mende, head of the trade department at Lebensmittel Zeitung. In addition to the visible delisting of Russian food products in some supermarkets, he referred to the personal impact on the industry of having employees in or from the affected countries.

"There is also the issue of supply chains, because they were already disrupted before," Mende said. Empty supermarket shelves are not a threat for the time being, as the share of imports from Russia and basically also Ukraine is too low for that: "There will certainly be one or two gaps, but the food retail sector, which is worth a total of € 200 bn., will not be immediately shaken. However, it also depends on how long it takes." In addition, rising energy prices are also causing problems for the food industry.

However, the retail expert is even more concerned about inflation and thus consumer spending power: "Everything we have had in the past few months is now getting worse. Consumers are feeling this in their wallets." For this reason, he says, retailers almost see themselves as consumer protectors and continue to fight over every price increase. "The price wars between retailers and industry will continue, possibly one or the other will be renegotiated. But the manufacturers also have problems, after all, if, for example, preliminary products such as cooking oil from Eastern Europe can no longer come over the usual land route."

A very penetrating insight into the situation on the ground was provided by freelance journalist Maxim Kireev. The Russia correspondent for agrarzeitung just made it out of St. Petersburg at the start of the war and is now back in Germany. "For the agricultural economy, this is a big blow, because Ukraine and Russia form the breadbasket of the world," Kireev said. Russia is responsible for about ten percent of global wheat production, while Ukraine accounts for about four percent. In terms of global wheat exports, Russia accounts for about 17% and Ukraine for about 12%.

Corn and barley are also important factors that can now no longer be supplied from Ukraine, he said. The main importers are mainly the countries of North Africa, Turkey, and Asian countries. "The EU and Germany have a self-sufficiency rate of more than 100 percent in this regard. Supply within the EU is therefore not at risk," said the German Minister for Food and Agriculture, Cem Özdemir, recently. Nevertheless, price increases for agricultural raw materials and fertilizers are to be expected worldwide, not least because of the sharp rise in energy costs.

In addition to the "rapidly rising prices," Kireev sees a completely different problem facing Ukraine: "At present, it is high time for field work; corn and wheat must be sown now. In addition, there is a lack of fuel, because that is reserved for the military. Since farmers are now at war and have completely different worries, Ukraine is heading for a failed harvest in the fall," warns the agricultural expert. "And this will be with us not only in the short term, but in the longer term."

If the conflict is not resolved soon, he says, a global food crisis cannot be ruled out. "Because in addition to countries that are dependent on wheat imports and are now cut off from supplies, there may also soon be production problems in Russia, for example. This is because the sanctions mean that missing spare parts and old machinery cannot be replaced," Kireev explains.

Jörg Schiffeler also pointed out the importance of Russia as a key sales market for German mechanical engineering. "Russia is an important target country for German industry in the meat processing machinery sector." Manufacturers of mincers, cutters, fillers, packaging lines, and cooking and smoking equipment delivered machinery worth € 39 mill. in 2020. According to the report, the total export volume of meat processing machinery was € 585 mill.

Meat exports to Russia, on the other hand, are not that important: "Russia did not formulate self-sufficiency in food supply as a state policy goal only in the last decade," reported the editor-in-chief of afz - allgemeine fleischer zeitung. "At one time, for example, the Russian Federation relied on imports of pork, which was also a lucrative business for German exporters." However, an embargo in the wake of the Crimean annexation put an end to that back in 2014, he said.

Germany's largest meat company, the Tönnies Group, had also been involved in Russia since 2008, building up farms for the production of pigs and planning the construction of a slaughterhouse with an investment sum of € 400 to 500 mill. "However, this never came to pass. In September, Clemens Tönnies let it be known that he would sell his own production facilities at the turn of the year 2021/2022," Schiffeler said. As for Ukraine as a production location, Schiffeler said the country has become a major processor of poultry meat with the support of the European Union. "The country is now among the top ten suppliers of poultry meat," the meat expert reports. "The most important sales markets here are Saudi Arabia, the Netherlands and the United Arab Emirates." There is also brisk trade with the European Union, he said, with the EU Commission reporting imports of Ukrainian poultry meat of just under 109,000 t for 2020. The Brussels-based agency put EU exports to Ukraine at 146,000 t of poultry meat.

While Schiffeler does not fear any supply shortages of meat in light of the sanctions because trade in pork already came to a halt in 2014 when Crimea was annexed, he said it is unclear what impact the sanctions will have on the aforementioned machinery manufacturers. "To this end, it is currently completely open whether trade visitors from Russia will be able to attend trade fairs such as Anuga FoodTec in Cologne in April or IFFA in Frankfurt in May."

The portfolio of the dfv Mediengruppe also includes trade magazines for "technical textiles". In contrast to fashion, which is nice to look at, these have functional properties, for example for hygiene, sports, transport, construction and agricultural applications, as well as in areas such as the military and medicine.

German textile machinery manufacturing also has high export rates, as Claudia van Bonn, editor-in-chief of Textiltechnische Fachmedien, pointed out. "The machines are energy-intensive, so the textile industry in general is struggling with high energy prices. If these rise even further, it can break the industry's neck." In addition, he said, many of the truck drivers here also came from Eastern Europe and Ukraine and are now unavailable. "Many manufacturers are considering stopping production altogether or moving out of Europe," observes van Bonn.

On the other hand, the increase in spending on the German armed forces announced by the federal government is positive for the industry, he says: "In Germany, we have the best research in the world, and German protective textiles meet the highest standards. Thus, better equipment for the Bundeswehr and also the police will certainly provide an upswing."

In terms of fashion production, Russia is now not very relevant for German companies. "Not even Ukraine in principle, but only for isolated companies that produce underwear there, for example," TextilWirtschaft Editor-in-Chief Michael Werner elaborated. As far as sales are concerned, Russia was one of the hopeful markets a decade ago, even globally. "But due to the Crimean crisis and the sharp decline of the ruble, sales have declined significantly since 2014 anyway," Werner said.

In terms of consumption in Germany, on the other hand, the timing couldn't have been worse for the fashion trade: "Pandemic, store closures, rising costs and fear of the future are already dampening the buying mood. The fashion trade can use anything at the moment, except price increases," said the TextilWirtschaft editor-in-chief.