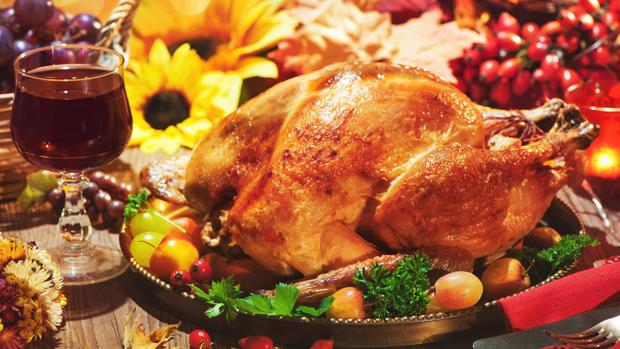 Thanksgiving is also celebrated in some German families with a roast turkey.

GERMANY, Berlin. More and more Germans are celebrating the US Thanksgiving with a turkey. Nevertheless, domestic turkey producers have their backs to the wall.

Bettina Gräfin von Spee, chairwoman of the Association of German Turkey Producers (VDP), is sounding the alarm: "If politicians and food retailers don't finally take the reins of action, Germany will lose its strong and forward-looking turkey industry." Von Spee points to the increasingly hopeless struggle of many turkey farmers in this country to defy rising energy and feed costs, low sales prices and unequal competitive conditions within Europe. "In the future, more and more producers will have to leave their barns empty," the VDP boss said in a statement to the media.

Looking ahead to the upcoming holidays - especially Easter 2022 - the association expects a very tight market situation for domestic turkey meat." The worsening economic situation can also be seen in the degree of self-sufficiency from German production, he said, which is now at an all-time low for turkey in recent years at only about 81%. "When demand for turkey meat picks up over the Thanksgiving and Christmas period, producers from other EU countries in particular rejoice - this cannot and must not be allowed to happen," warns von Spee.

The fact that the German turkey industry had already implemented the nationwide turkey benchmarks in 2013 as a voluntary commitment for more animal welfare is now proving to be a disadvantage in European competition. In the EU internal market, it is still possible to operate without binding standards and thus to offer poultry meat at unrivalled prices. The new "traffic light" government must press for the rapid implementation of uniform European standards in turkey farming. This also applies to the long overdue compulsory labelling of the origin of poultry meat on all marketing channels.

At the same time, the VDP chairwoman appealed to the food retail trade to pay fair prices for high-quality turkey meat products from domestic production: "In the end, everyone involved wins - with more animal welfare. We know from numerous surveys that turkey meat of German origin is highly valued because the high standards and great commitment of our farmers are strongly recognized by a majority of Germans."

Thanksgiving is always celebrated on the fourth Thursday in November. This year, the holiday falls on November 25.