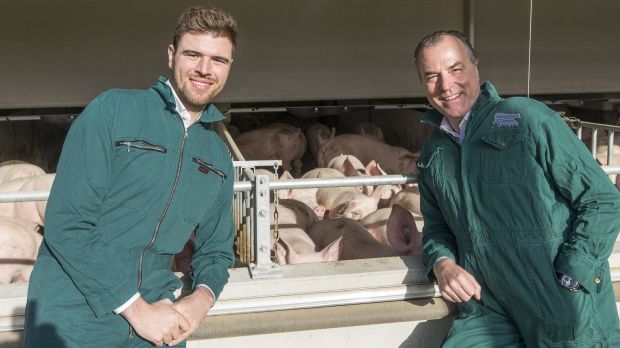 GERMANY, Rheda-Wiedenbrück. Germany's largest meat group, Tönnies, has reported stable development in 2020 despite the corona-related restrictions. The Corona crisis has cost turnover. Both due to the lower prices and the four-week plant shutdown at the Rheda site. Bright spots are the internationalisation, the business with organic and beef as well as the growth with veggie products.

Clemens Tönnies, Managing Partner of the international group of companies describes the past year as "the greatest challenge in the company's history". He does not comment on the sales rumours. Whereas at the onset of the Corona pandemic in the first half of the year the company was asked by the politicians to produce more and fill the supermarket shelves for the lockdown, the four-week plant shutdown in Rheda and subsequent production cutbacks due to the outbreak, which the employers’ liability insurance association now classifies as an industrial accident, negatively affected the Rheda balance sheet.

Changes in the pig market

Despite this localised phenomenon, Tönnies is satisfied with the balance sheet of the entire Group. “Our company consists of 29 production sites worldwide, 28 of which had a decent year,” says Clemens Tönnies. With the Corona prevention measures it has introduced, Tönnies is regarded worldwide as a blueprint for prevention in the food industry. 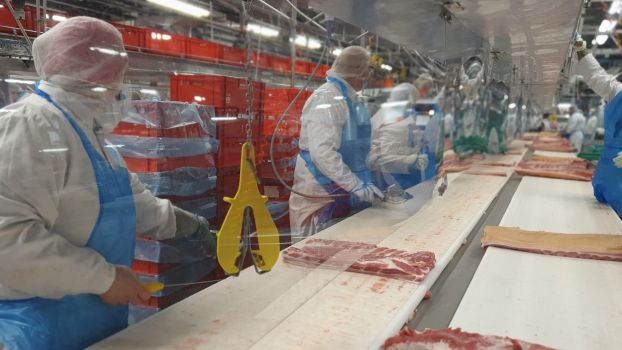 Tönnies
From an economic point of view, the production plants in Denmark, France and Poland are also developing very positively.
In 2020 the company recorded, internationally, annual sales of around 7.05 billion euros (- 3% compared to 2019). The stagnation is mainly due to the significantly lower pig price (on average 9.3% lower than in 2019) and the four-week plant shutdown at the Rheda site.

The pig market had a real shake up last year, especially as a result of the gastro-lockdown. The export ban on pork to third countries due to the African swine fever in Germany also severely restricted exports. The price per kilogram of carcass weight varied between 2.02 euros and 1.19 euros last year, which naturally had a significant impact on the company’s sales.

The organic market is growing

At the same time Tönnies is continuing to invest in open-front stables and the organic market. The people responsible see good growth potential in the organic segment, where we already claim the market leader. If consumers demand more organic products as a result of a change in thinking, then the company will deliver. 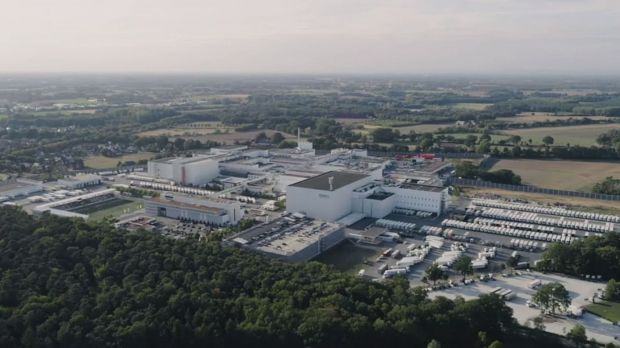 Tönnies
The corona-related closure of the plant in Rheda had an impact.
In total, Tönnies processed 16.3 million pigs (-2%) at its German sites, with the decline related exclusively to the 4-week closure of the Rheda-Wiedenbrück site in Eastern Westphalia and the subsequent reduction in production. The company grew strongly at its other locations, particularly abroad. 4.5 million pigs were processed in Denmark, Spain, Great Britain and Poland (+17%). 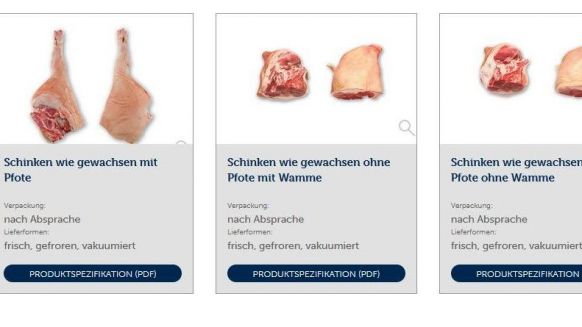 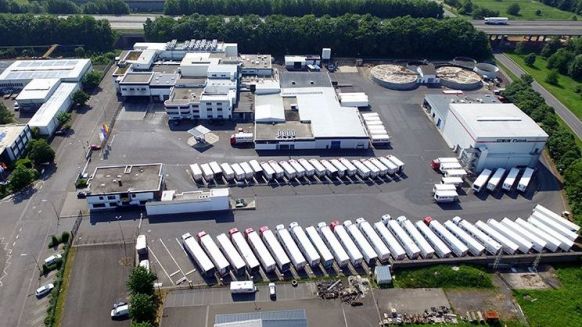 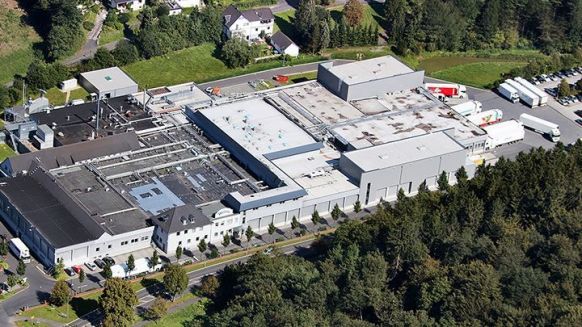 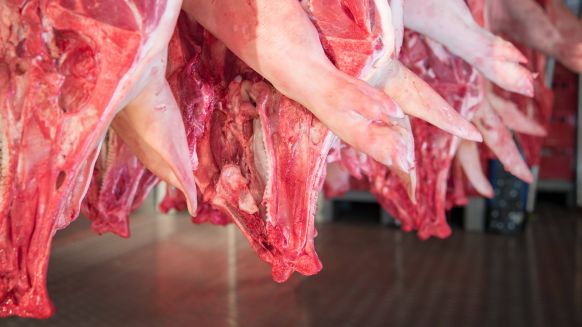 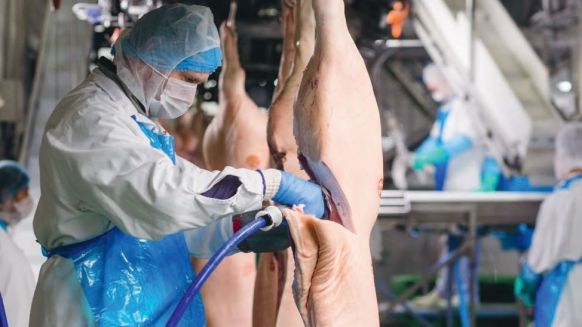 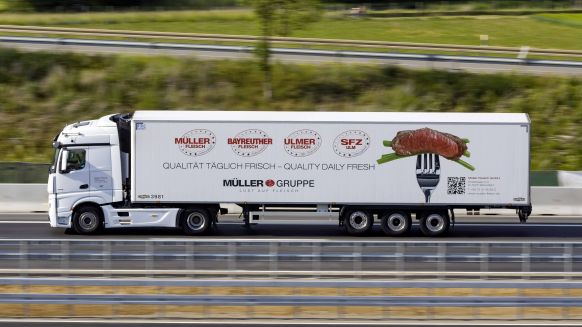 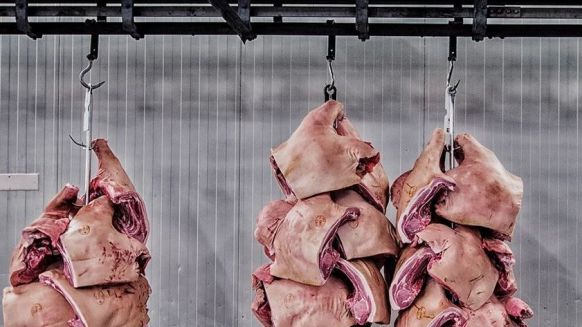 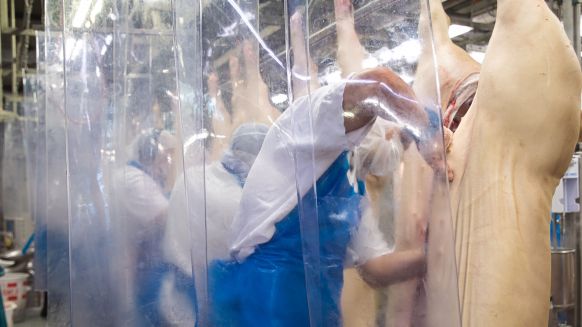 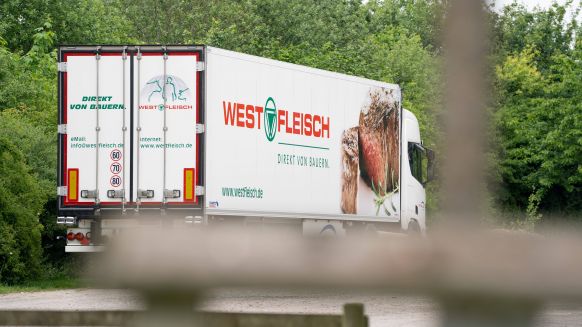 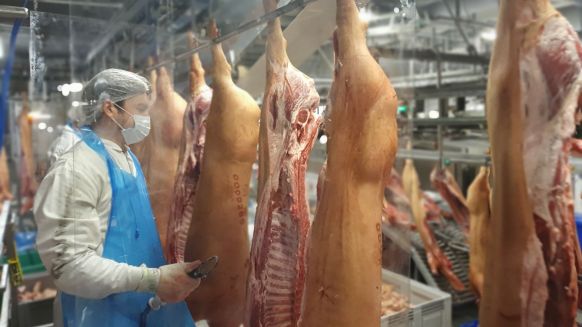 The development in beef is “particularly pleasing”. The new Beef Competence Center in Badbergen has started production. Here, too, Tönnies is consistently implementing its concept of slaughtering and producing meat as a single biological unit. Demand for beef has grown steadily in recent years. “Our investments of around 85 million euros in the Badbergen Beef Competence Center are now paying off for the first time,” reports Ulrich Steinemann, managing director of the beef division. The automation rate is extremely high, he said, so that fewer than 500 employees at the plant are able to carry the company.

Even though the ongoing gastro-lockdown is impacting sales throughout Europe, burger patty production at the new Badbergen site is running successfully. As Tönnies supplies the cattle segment, especially in the foodservice sector, to European countries such as France and Great Britain, which are also affected by the lockdown, the division did not achieve any growth in 2020. At its German sites Tönnies processed a total of 420,000 cattle, including cutting. This is 4% less than in the previous year.

Internationally, Tönnies is pursuing its growth strategy in a very consistent manner. Investments in Great Britain, Denmark, France, Spain and Poland amounted to a three-digit million euros sum. In the UK alone, Tönnies is investing 25 million euros in its locations. With sales of over 500 million euros, Tönnies is the market leader there in numerous segments. “The British market is a growth market for us,” says Frank Duffe, Tönnies international board member. 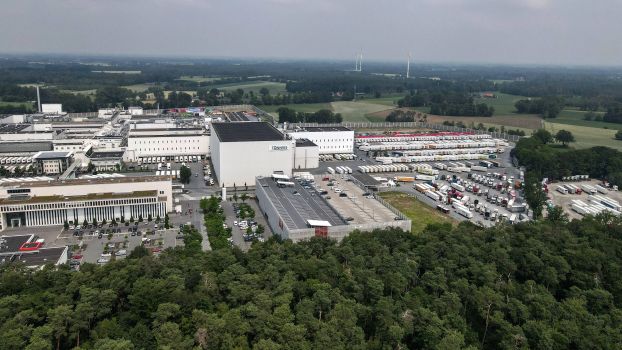 Imago / Kirchner-Media
Billion-euro sale
Tönnies considers sale
Talks with potential bidders could begin in the coming weeks. Among others, competitors Tyson Foods, JBS SA and China's WH Group are seen as interested parties. more ››
From an economic point of view, the production plants in Denmark, France and Poland are also developing very positively. In Spain, a letter of intent was signed for the construction of an own slaughterhouse in the Aragon region. In China, the foundation stone for the joint venture with the Chinese Dekon Group was laid a few weeks ago.

The veggie market is growing

Tönnies is also pressing forward with its growth course in the market for vegetarian and vegan meat substitute products. The company has bundled its activities in this segment with the consumer brands “es schmeckt,” “Vevia” and “Gutfried veggie” in an independent business unit of Vevia 4 You GmbH & Co. KG and an independent production plant in Böklund.

“Last year, we set up our own plant for vegetarian and vegan products at our headquarters in Böklund,” reports Maximilian Tönnies. The company is now expanding this capacity further and doubling the production area, since consumer demand and confidence in the products are growing sustainably. “We don’t see the production of vegetarian and vegan foods as competition for our meat products but as a market segment in its own right” emphasizes Tönnies.

With the t30 sustainability agenda adopted in 2019, the company is in the full process of developing into the most sustainable food company in the industry. In addition to heading the zur Mühlen Group division, Maximilian Tönnies (30) is taking on more and more responsibility in the Group as a whole. “I am delighted that the transition to the next generation is in full swing,” says Clemens Tönnies (64). “Max is moving into the next generation along with our highly motivated management team.” 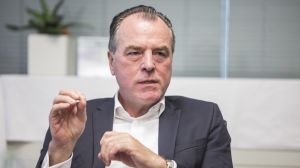 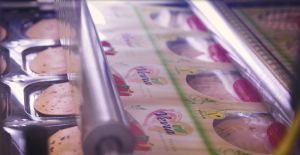 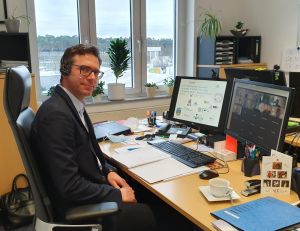