Bizerba expands board of directors 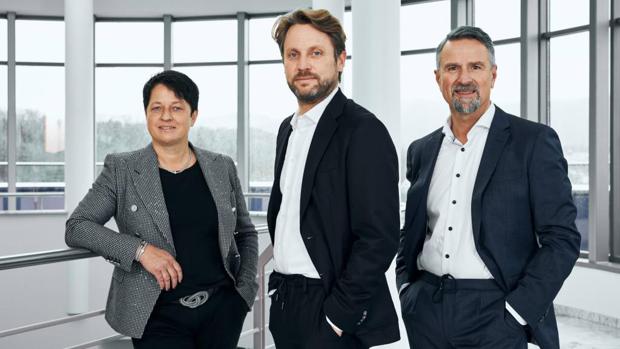 GERMANY, Balingen. Under the guiding principle of "Living agility - increasing growth", the Bizerba Group has reallocated responsibilities on the Executive Board as of January 2022. At the turn of the year, the board was expanded to include the Finance and Technology/Operations departments.

At the start of the new year, Bizerba SE & Co. KG has restructured its executive board. In consultation with the supervisory board, the shareholders of the Baden-Württemberg-based company have decided to expand the executive board level to include the CFO (Finance), CTO (Technology), COO (Operating) and CSO (Strategy) departments. Angela Kraut and Thomas Schoen were appointed to the Executive Board for these tasks. Since the beginning of the year, the extended board has consisted of board spokesman Andreas W. Kraut, who has already been a member of the management board of the Balingen-based specialist for scales, cash registers, cutting technology and marking systems since 2009 and its chairman since 2011.

Kraut is a shareholder of the family-owned company and, in addition to his duties as CEO, also takes over the management of the CSO division in a personal union. He continues to be responsible for global service and sales issues. Shareholder Angela Kraut, previously Vice President Finance, Controlling & Quality and Managing Director of the subsidiary Bizerba Financial Services GmbH, will take over the newly created CFO board position. She will be responsible for the Finance, Controlling, Quality and Purchasing divisions. The overall responsibility for the product development and delivery process, from product development to delivery to the customer, will in future be bundled in the newly created CTO/COO board department of Thomas Schoen. He has already been with the company since 2015 and, as Vice President Engineering, has been responsible for all development activities since 2019.

The reorganization is intended to meet the dynamics of digital transformation in an extremely agile corporate environment, Bizerba says. The group is currently present in 120 countries and most recently generated annual sales of around € 800 mill. The company announced that it is on a solid growth path and intends to pursue this consistently.