The top 100 in the industry 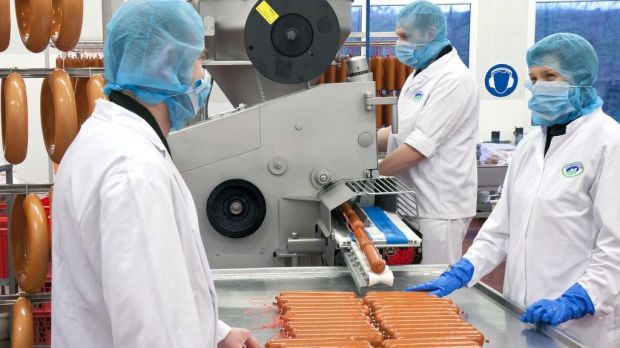 GERMANY, Frankfurt. The trade journal FLEISCHWIRTSCHAFT and the afz - allgemeine fleischer zeitung have taken a close look at the meat industry. Read here who the most important companies are.

In pork production, the trees are no longer growing to the sky: both the supply of slaughter animals is gradually declining, but so is demand in the domestic market. In 2020, the Corona crisis and the outbreak of African swine fever (ASF) in wild boar in Germany were added to the mix. Since then, German goods have been banned from important third-country markets, and supply has been squeezing the domestic market. The result: plummeting pig prices throughout the EU. More and more farmers are withdrawing from production, not only in Germany.

The industry ranking of the "Top 100 Companies in the Meat Industry", which the editorial teams of afz and "Fleischwirtschaft" are presenting for the 17th time this year, shows what impact the turbulent year 2020 had on the industry and its company balance sheets. The slaughter companies delivered rather mixed balance sheets, real leaps in growth were rare. When they do occur, it's through corporate acquisitions. More often, you see decreased sales in the "Top 100" rankings.

The suppliers of beef or poultry meat and products suffered particularly from the lockdowns in the food service industry. The increased sales in the food retail trade (LEH) could not make up for the loss. Manufacturers of meat products met the same fate. And common to all parts of the meat industry is the additional (cost) effort for the additional hygiene measures in production to contain the pandemic. These are likely to have put additional pressure on the margins, which are usually narrow anyway. The only bright spot is the low raw material price for pork.

Our current industry ranking of the "Top 100 companies in the meat industry" shows what impact this turbulence had on sales in 2020. The consequences had a particularly severe impact on the industry leader Tönnies (number 1 in the Top 100 ranking), which otherwise only knows growth. After worldwide sales of € 7.3 bn. in 2019, the value fell in the first Corona year to € 7.05 bn..

The slaughter group had suffered particularly from the Corona outbreak in Rheda. For four weeks, Germany's largest slaughterhouse was at a standstill and was initially also only allowed to restart with curbed power. The resulting discussion about the widespread principle of work contracts in the meat industry and the subsequent ban then presented the entire industry with major challenges.

The second major reason for the "stagnation" of growth, as the Tönnies Group itself puts it: the pig price. At the beginning of 2020, pork prices were still on the rise due to strong demand from China, but this upward trend soon came to an end. This was followed by import stops in important third-country markets after the first ASP discovery in wild boar. As a result, the price fell successively from € 2.02 in March to € 1.19 at the end of the year.

Westfleisch regained second place in the ranking of the "Top 100" from afz and "Fleischwirtschaft". The Münster-based company increased its turnover to € 2.83 bn. despite the adverse market situation and relegated its competitor Vion to third place. The Dutch-German slaughterhouse group only reported stagnating sales of € 2.8 bn. for the past year.

For 2020, the slaughterhouses for pigs and cattle delivered rather mixed balances - in the top 10 pig slaughterhouses, only three companies show real leaps in growth: Böseler (20), Steinemann (24) and Willms (11). Steinemann from Steinfeld in Lower Saxony benefited from the takeover of the slaughterhouse of the Osnabrück producer group in Georgsmarienhütte on 1 January 2020, making the biggest jump. As a result, the holding company's pig slaughterings rose cumulatively to € 1.35 mill., pushing the Steinfeld-based company up to eighth place in the top 10 pig slaughterers. Turnover increased by almost 50% to almost € 400 mill.