Pigs: India opens its market to US pork
Pigs

India opens its market to US pork 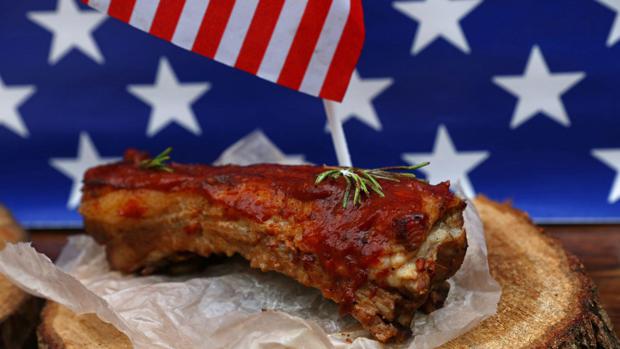 The Indian government will allow imports of US pork and pork products for the first time, removing a longstanding barrier to US agricultural trade.

USA, Washington. US pork exporters will soon be able to sell their products to India, a market that was previously closed.


Agriculture Secretary Tom Vilsack and Trade Representative Katherine Tai announced last week that the Indian government will allow imports of US pork and pork products for the first time, removing a longstanding barrier to US agricultural trade. The market opening is a result of the US-India Trade Policy Forum held in New Delhi in November 2021, they said.

"This development marks the culmination of nearly two decades of work to gain market access for US pork in India - and it signals positive movement in the US-India trade relationship," Vilsack said. He said work is now underway with the Indian government to ensure that US pork exporters can deliver their products as quickly as possible.

The National Pork Producers' Association (NPPC) strongly welcomed the market opening for one of the most populous countries on earth and thanked the US government for its work. India has a population of 1.26 billion people, so there is potentially a significant sales opportunity, the association said. Pork is not a staple food in India, however, but rather ekes out a niche existence. Hindus eat a predominantly vegetarian diet, and Muslims abstain from it altogether. Domestic production is limited to the northeast of the country.

Pork imports, which have been low, have been mainly for the needs of hotels and restaurants and certain supermarkets in major cities, according to a 2018 study, "The Market for Meat in India," published by the German Ministry of Agriculture.