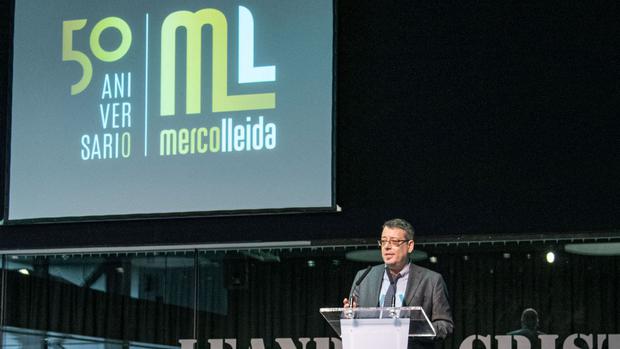 Miquel Àngel Bérges takes stock on the occasion of the 50th anniversary of Mercolleida.


The general director of the Mercolleida, Miquel Àngel Bérges, on the work of the most important quotation office for agricultural products in Spain and the situation on the pig market, which has risen to become the third largest producer in the world in recent years.


The Mercolleida in Lleida celebrates its 50th anniversary this year and is an institution in Spain. What are its tasks?

Miquel Àngel Bérges: It provides its members and customers with up-to-date market information and price developments from home and abroad for various product areas. One focus is on quotations and reference prices, for example for pigs, cattle, sheep, grain or various types of fruit, which are highly regarded and used nationally. In all important product areas, Mercolleida is also recognised by the European Union as a representative quotation body. The majority shareholder of Mercolleida is the Lleida City Council, but its financing is entirely private and without any government subsidies.
More about this topic 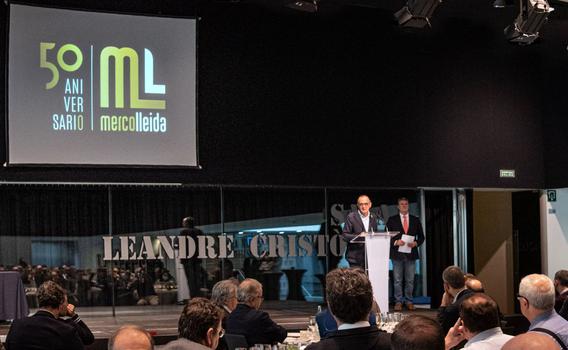 Mercolleida
Pig farming
Spain wants to profit from the crisis
The Iberians want to close the gaps created in northern and western Europe. However, growth is limited by environmental regulations. more ››


How is the price quotation for slaughter pigs carried out, and what is its importance?

Bérges: The Mercolleida weekly quotation is used as a national reference in Spain for practically all pig sales that take place; in the case of slaughter pigs, this concerns around one million animals a week. The quotation takes place on Thursdays after negotiations between representatives of the producers and the slaughter industry. For this purpose, participants are provided with real-time data on the Spanish market as a basis for decision-making, in addition to current market and price developments from abroad, with the German and French quotations playing an important role. These are the number of pigs last sold or bought, their average weights as well as the forecast for the following week on the live supply and the planned slaughterings. The data comes from the most important market participants and covers two thirds of the market.

What happens in case of disagreement? Are there also house prices?

Bérges: In case of disagreement on the quotation, the Board of Directors is convened, composed of two representatives each from the slaughterhouse and the producer side, one from the Lleida City Council, one from the Catalonia Agriculture Directorate and the director of the Mercolleida pig division. A computer program based on algorithms is also available to reach an agreement, which uses historical and current data to calculate a quotation proposal. If still no agreement can be reached, in the end the City Council and the Catalan Director of Agriculture decide on the quotation. However, this is the major exceptional case and the Board may be convened a maximum of three times per quarter. As the quotation for slaughter pigs on Mercolleida is a reference price, house prices may also occur in some cases.

Spain's pig industry has grown strongly in recent years. How was this possible?

Bérges: The integrated livestock system has given the production sector financial, economic and operational "muscle" that has enabled it to achieve such growth in terms of quantity and efficiency. At the same time, slaughterhouses have significantly expanded their slaughter and freezing capacities in recent years and have embraced internationalization. Their exports have increased rapidly and so has the demand for pigs, which is why animal production has also been expanded. Larger companies have gradually emerged, with increased concentration and verticalisation. Large integrated pig producers with feed companies have entered the slaughter sector and slaughter companies have also entered pig production with the construction of new fattening houses.

Did the expansion of capacity in pig producers and slaughterhouses proceed at the same pace?

Bérges: At the moment there are more slaughter capacities installed in Spain than pigs are produced. Both grew in parallel, but not at the same speed. Especially in phases with a sharp increase in feed prices and recently also stricter animal welfare regulations, such as the group housing of sows, temporarily led to a slowdown in production growth on the producer side. In the summer of 2019, a very large new slaughterhouse of the Italian Pini group went into operation in the province of Huesca, which has led to excess demand on the live market, at least regionally.
More about this topic 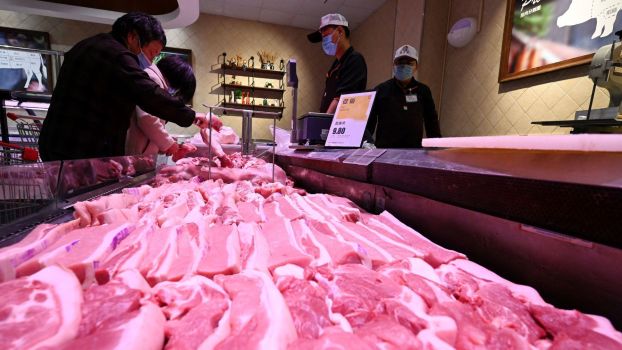 Imago / VCG
Trade
Spain remains top pork supplier to China
Despite the recent slump in Chinese imports, Spain was able to expand its leading position as a top supplier thanks to high exports at the beginning of the year. more ››


Are the Ferkel imports putting the brakes on?

Bérges: No! The growth of Spanish pig production is not primarily dependent on imports from abroad, which will continue to exist to compensate for short-term deficits. Spain tends to be self-sufficient in piglets, as the continuous growth of our breeding sow population shows.

Are there no problems with the expansion of capacity because of environmental protection?

Bérges: Yes, more and more. Environmental protection has already restricted growth in the most densely populated livestock areas, especially Catalonia, and it is also an increasingly important factor in the rest of Spain, along with growing pressure from animal welfare groups. What until a few years ago did not affect Spain and was still seen as a purely northern European problem is now a reality in this country that the sector must learn to live with, discuss and negotiate. However, farms and slaughterhouses are also important for maintaining the local economy and combating rural depopulation.

And what about animal welfare?

Bérges: The issue of animal welfare is also being discussed more and more intensively. There is meat with animal welfare labels in the shops, but in the economic crisis the price still too often stands in the way of a purchase decision. However, the sector is aware that it must move in this direction. On the other hand, there is hardly any discussion about castration, as most pigs in Spain are produced without this intervention.

Spain has focused heavily on exporting pork. Now the important Chinese market has largely disappeared. What are the consequences?

Bérges: The current situation is characterized by strong market and price pressure. Spain exports half of its pig production; of this half, 70 percent went to China not long ago. The sharp fall in Chinese orders since the summer has led to an imbalance across Europe, as other major EU exporters are also experiencing the same sales problem with this major customer. On the domestic market, there has been an oversupply of pork and fierce price competition. The slaughter pig quotation on the Mercolleida has plummeted by a good third since the summer. In the short term, the only option is to freeze goods and wait for EU demand to pick up with the start of the Christmas season and hopefully an easing of the Corona situation.

Is that the only strategy?

Bérges: No! In the medium and long term, new foreign markets should be developed in order to reduce our dependence on China. To do this, we need to focus on Central and South America or Africa, as well as maintain our current good positioning in Southeast Asia. We should also be prepared and take advantage of opportunities if China increases imports again in 2022 due to declining domestic production. However, we must be aware that sooner or later the People's Republic will again become a market for by-products, with only occasional peaks in demand for meat. However, the sale of offal, heads or pigs' feet to China also allows for a non-negligible increase in the value of the carcass. Spain's pig sector is confident it will be able to take advantage of the likely drop in production in the north of the EU to sell more pork for export.

What makes you so confident that Spanish pig production will continue to grow?

Bérges: Production in Spain will continue to grow in 2022 based on the operational plans already approved, but the strength of this increase will depend on how profitability develops in the first half and especially in the second half. The relationship between the price of pigs and the cost of feed and its availability will be crucial. Limits to growth will also be set by environmental constraints. In principle, the sector intends to take advantage of the current crisis to strengthen its structures and consolidate its growth to date. Due to the greater weight of internationalisation, there are likely to be further steps towards greater verticalisation from production to the slaughterhouse.