AI creates a good vibe in the barn 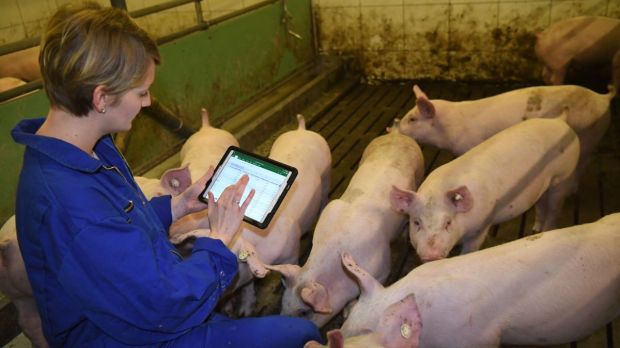 A wide range of data relevant to animal welfare is to be recorded in the SmartPigHome. (Archive image)

The Federal Ministry of Agriculture is supporting a project for the further development of pig farming within the framework of the Federal Programme for Farm Animal Husbandry. The joint project involves the development of an interactive, animal welfare-oriented sensor system, according to the Lower Saxony Transformation Research Association (Verbund Transformationsforschung agrar Niedersachsen ). The goal is to create an intelligent barn environment for fattening pigs and to optimize it according to the "mood in the barn".

Not only are all automatically measurable environmental parameters such as air quality, temperature and lighting conditions recorded, but also animal activity, animal sounds and lying patterns via cameras installed in the barn. An AI-based algorithm links this data and uses it to actively control the barn environment.

As soon as the AI detects conspicuous patterns, an occupation game starts, which interactively projects moving objects onto the stable floor. This appeals to the natural curiosity and intelligence of the animals, which receive a tasty "reward" when the game is finished, the release says. The added value of this system clearly lies in the area of precautionary orientation, as it already reacts to the smallest changes that are not visible to the naked eye and thus enables intelligent, animal-related environmental control.

This supports the livestock farmer in digitally linking all the data from the barn, evaluating it and thus actively taking care of animal health. The joint project is coordinated by Verbund Transformationsforschung agrar Niedersachsen at the University of Vechta. Other project partners are Peter Kenkel GmbH, the Hanover University of Veterinary Medicine Foundation, the Fraunhofer Institute for Non-destructive Testing and the start-up VetVise GmbH.