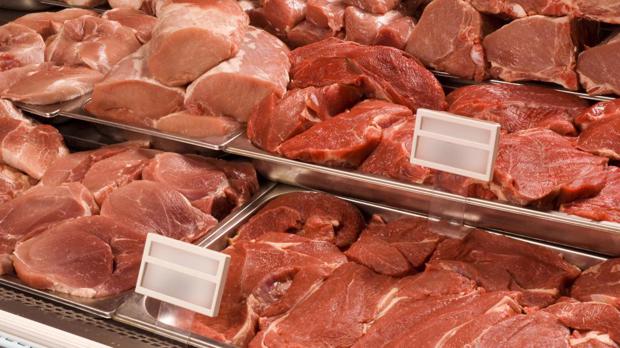 
According to a SDSU press release, Dhakal received one of the highest possible honours for nutrition science graduate students, ASN’s Graduate Student Research Award. The scientist competed against 216 national and international graduate students, including researchers from Cornell University, the University of Michigan and Purdue University.


Together with Dhakal’s research adviser and professor in the School of Health and Consumer Science, Moul Dey, the research project was started in 2018. It focused on the impact of pork on physiological endpoints and biomarkers indicative of chronic disease risks and how such outcomes are linked to underlying nutriomics factors.

Dey pointed out that the challenge in nutritional concepts was to validate to the point where they are absolutely right or absolutely wrong about a food. Layers of evidence must accumulate from different research approaches. Some foods work for some people and not for others.

A lot of research has been focusing on ultra-processed foods, including processed red meat, finding them to be negatively affecting health. But findings on the impact of minimally processed, lean red meat compared to other “healthy” options had been scarce.

“Instead of trying to say this is better and this is worse, we’re trying to say that they’re not really different using a non-inferiority trial design,” Dey said. “That is another very new approach to look at dietary impacts on health; the concept however existed in the pharmaceutical world for a long time to compare generics with brand name products.”

The study’s hypothesis was “pork minimally impacts the gut microbiota and microbiota-dependent TMAO response in omnivores,” as outlined in their recently published research article in the Molecular Nutrition and Food Research journal, sharing co-authorship with Zahra Moazzami and Cydne Perry.

The research team recruited 38 participants—50 years and older and at higher risk for atherosclerosis—to take part in a randomised, controlled, crossover feeding trial. Participants consumed their daily meals, snacks and drinks provided by the research team. Meals were prepared from scratch by dietetics and hospitality management students following the 2015–2020 Dietary Guidelines for Americans.

“Despite being around for over 40 years, our study is among a handful of research that have tested the U.S. Guidelines diet in a registered controlled feeding clinical trial,” Dhakal said.

The researchers chose pork tenderloin and chicken breast as the two primary proteins for the meals. After roasting and defatting, both have comparable calories and macronutrients, Dhakal noted. All other food was precisely portioned and matched for each participant to ensure consistency.

The data showed that substituting pork for chicken did not elicit a stronger Trimethylamine-N-Oxide (TMAO) response, considered a newer biomarker of atherosclerosis and a heart disease risk factor.

Future avenues from this research could compare plant-based proteins with animal proteins. “We have new federal grants lined up to do just that,” Dey said. 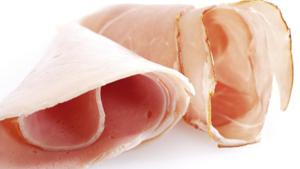 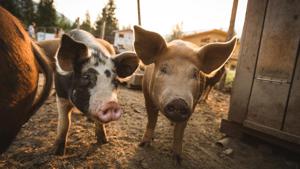 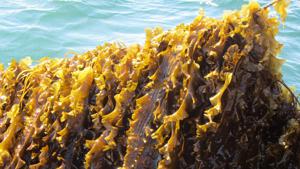