Global demand on the rise 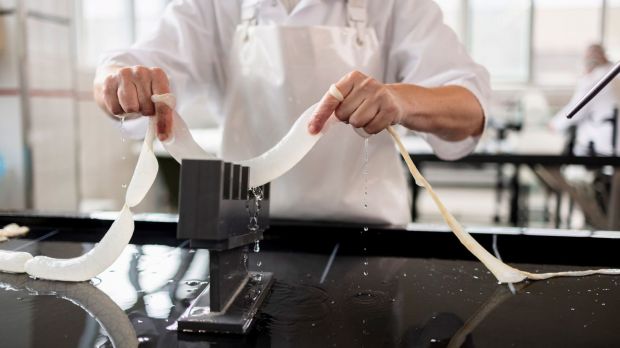 Natural casing scores as a quality feature for high-quality and handcrafted sausages.

GERMANY; Hamburg. The German natural casings trade can look back on an eventful fiscal year 2020.


The volume of the product traded worldwide increased to 227,832 t (previous year 225,088 t). However, the pandemic-related challenges in the flow of goods to the detriment of profitability. As a result, total sales were 7.4% down on the previous year at nearly € 893 mill.

Once again, Germany proved to be the hub of the global intestines trade: Goods with a total value of € 460 mill. were imported, approximately the same value (€ 433 mill.) was achieved by exports of natural casings. For the German companies, organized in the Zentralverband Naturdarm e.V., the EU is the most important trading center, as 64% of the volume was traded here.

In terms of value, the EU had a share of 50.8%. The ranking of partner countries the Netherlands with its transit port of Rotterdam and Poland as a location for contract processing. But there are also close ties with Italy and France. Both countries are synonymous with traditional sausage specialties and discerning consumers, which boosts demand for natural casings.

The impact of the pandemic presented German natural casings companies with enormous challenges in their global trading activities. enormous challenges in their global trading operations. Trading partner No. 1 by far is China. Already at the beginning of the production was already at a standstill in many plants at the beginning of the year. The problems quickly continued along the entire along the entire supply chain. Ports were closed for weeks, ships had to make long ships had to make long detours, and pandemic-related border controls led to massive delays. led to massive delays.

"It is above all thanks to the close and trusting cooperation of our members with their local partners that business went well regardless of this," says ZVN chairwoman Heike Molkenthin. "Our partners in China, for example acted immediately and pre-booked transport capacities, but also accepted high additional costs for this." In a joint effort, it was possible to find a solution to every challenge.

However, reliability also came at a price for the industry. A 40-foot truck commonly used for transports from China, for example, now costs up to 20,000 dollars, which is around four times the normal price before the pandemic. According to industry estimates, the situation is unlikely to ease industry is not expected to ease until late fall 2021 at the earliest.

"We are not worried about the demand for natural casings around the globe," says the association against the background of the positive sales trend. "However, it is becoming increasingly difficult, in view of current developments such as rising raw material prices to achieve entrepreneurially reasonable profitability."  Most recently of the United Nations' Food and Agriculture Organization (FAO) showed an annual showed a 33.9% increase in prices on an annual basis.

Sheep casings are in scarcity worldwide

Sausage is popular around the globe. This is not without consequences for the casings trade and particularly affects the "star" among natural casings, sheep casings. Thus, sheep casings in small calibers (diameters) are increasingly sought-after in China as casings for high-quality European-style sausages. The product remains in their own country, thus reducing the supply on the world market.

The Central Association of Natural Casings considers it a great success that many countries in the Middle East - an important region of origin for sheep casings - are allowed to supply their goods to the European domestic market. The European natural casings association ENSCA, which is led by Heike Molkenthin, negotiated the framework conditions for this in an intensive exchange with the EU authorities.

Other important suppliers of sheep casings are traditionally New Zealand and Australia.

"Naturalness" as a quality feature

Demand for natural casings remains high on the domestic market. For some years now, consumers have been paying increasing attention to natural and sustainable products. The pandemic has spurred this development. According to a study, 51% of the 5,000 people surveyed are willing to spend more money on sustainable and ecologically for sustainably and ecologically produced products. Before the pandemic, this figure was about 10 percentage points lower.

In addition, the natural casing scores as a quality feature for high-quality and handcrafted sausages. produced sausage, the visiting card for the service counter in the specialized trade or in the food retail trade. Both business models have distinguished themselves as a reliable local supplier during the lockdowns and have provided consumers with convenient offerings for their own kitchens. "Sausage is absolutely socially acceptable," is the comment from circles in the butchery trade. But there is not only tailwind. Structural changes in agriculture and production, rising costs for personnel and sustainable production, and the growing demand for alternative demand for alternative products are presenting the meat industry in Germany with enormous facing enormous challenges.

"We see ourselves as a small, but very active player in this industry and will play our part in making the market future-proof," says future," says Molkenthin. The German natural casings trade is characterized by medium-sized and the majority of them are owner-managed - in some cases for generations. 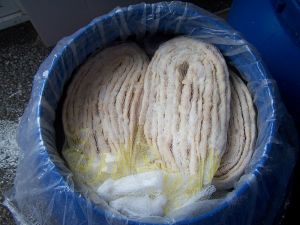 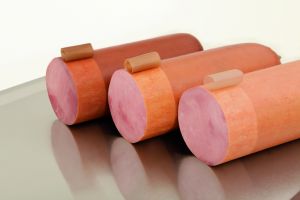