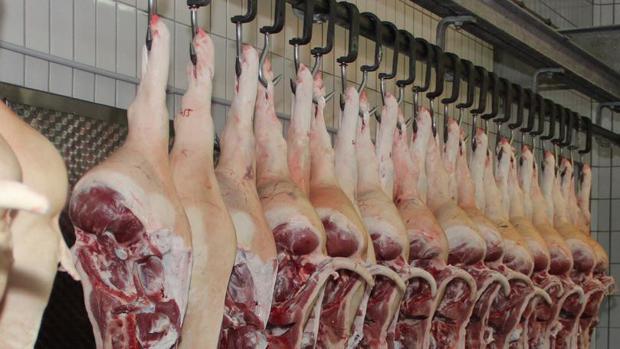 In the first third of 2022, significantly fewer pigs were slaughtered.

As shown by data from the Federal Statistical Office (Destatis), 3.78 million animals came to the hooks of the local slaughterhouses in the reporting month. That was around 521,500 head or 12.1% fewer than in April 2021. The production of pork was 12.4 % below the level of the same month last year.

This reinforced the trend of lower slaughter cattle supply, which has been ongoing for some time. According to the Wiesbaden-based statisticians, 15.86 million pigs were cut in the first third of 2022; compared to the same period last year, this represented a drop of 1.89 million animals, or 10.6%. Pork production fell by as much as 12% to 1.52 million metric tons due to the average slaughter weight dropping by 1.4 to 95.6 kg per pig.

The slaughter pigs from abroad, which used to be available in large numbers on the German market, almost ceased to play a role. From January to April 2022, a total of 408,370 such animals were still supplied to German slaughter companies; compared with the previous year, this was a decline of 3.8%. The supply from domestic fattening pens declined much more sharply, by 1.87 million animals or 10.8% to 15.46 million head.