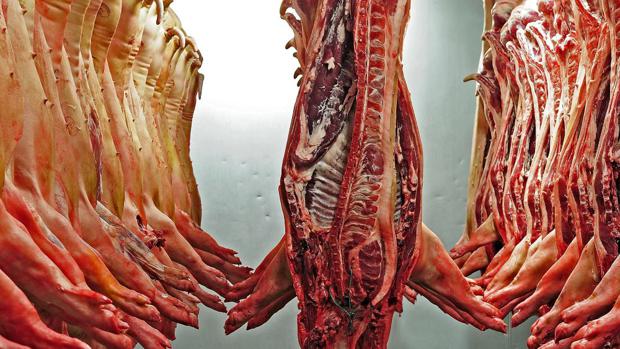 Fewer and fewer pigs are being slaughtered in Germany.

GERMANY, Wiesbaden. Significantly fewer animals were slaughtered in Germany from January to June. The decline is particularly large for two animal species.

Less and less meat is being produced in Germany. As reported by the Federal Statistical Office (Destatis), commercial meat production in the first half of 2022 decreased by a good 300,000 t or 7.9% to 3.53 million t compared with the same period last year. This means that the negative trend in meat production, which has already been ongoing in this country for several years, has intensified; four years ago, a good four million t of meat were still being produced. All major animal species recorded declines in the period under review, although there were major differences in scale.

According to the Wiesbaden-based statisticians, the sharpest declines were recorded in the pork sector. From January to June, 23.78 million pigs were hooked in commercial slaughterhouses; this was 2.33 million head or 8.9% less than in the same period last year. Because average slaughter weights fell by about one kilogram to 96.3 kilograms per animal in times of high feed costs, pork production declined by about 254,000 t, or 10.1 %, to 2.27 million t. One important reason for this was the decline in pig farming in Germany, Destatis explained.

In May 2022, the herd had slumped by 2.42 million head, or 9.8%, to 22.29 million head, compared with the previous year's survey; this was the lowest level since German unification in 1990. If home slaughterings are also taken into account, some 23.19 million pigs came from domestic stables in slaughterhouses in the first half of 2022; compared with the same period last year, this was a drop of 2.36 million head, or 9.2%. After last year's slump, the number of pigs slaughtered in this country from abroad increased again by 3.9% to 622,100 head, but this was still nearly 844,000 head or 59% less compared to the first half of 2020. In addition, fewer piglets were also shipped to Germany in the first half of 2022, from the Netherlands, for example, 25% fewer than in the same period last year.

The volume of cattle for slaughter decreased by 127,200 head, or 8.1%, compared with the first half of 2022, to just over 1.44 million head, according to Destatis. The volume of beef produced from them declined by 9.1% to 476,100 t. The average slaughter weight of the cattle decreased by 3.6 kg to 329.5 kg compared to the same period last year. One of the reasons for the drop in beef production was the 10% drop in deliveries of cows to slaughterhouses to 475,000 head. However, the live supply of young bulls including steers was also significantly smaller than in the first half of 2021, falling by a good 47,200 head or 7.9%. In addition, 8.2% fewer heifers and 0.8% fewer calves were slaughtered.

There was also a noticeable decline in the number of sheep and lambs slaughtered. Commercial slaughterings fell by 9% to 552,500 animals, while the volume of meat produced dropped by 8.1% to 11,400 t. The amount of poultry meat produced by commercial companies fell much less sharply than for other types of meat, by only 1,800 t or 0.2% to 771,600 t in a half-year comparison. Despite the significant drop in production, pork remained the most important type of meat in Germany, accounting for 64.3% of total production, according to Destatis. This was followed by poultry meat with 21.9% and beef with 13.5%. Meat from sheep, goats and horses accounted for only around 0.3% of the total.
Source: afz - allgemeine fleischer zeitung 32/2022; AgE 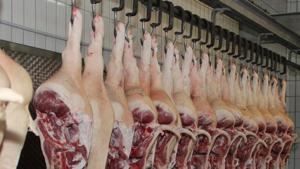 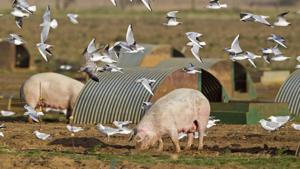 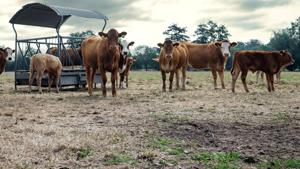