Breaches of rules detected in slaughterhouses 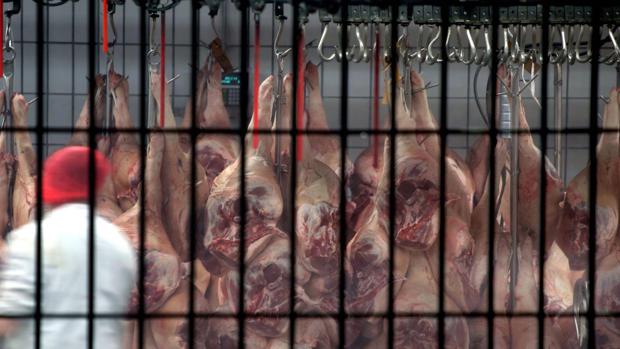 THE NETHERLANDS, Den Haag. Major slaughter companies in the Netherlands have been warned and fined several hundred times in the past two years for violations of animal welfare, animal health and food safety regulations, according to the Food Safety Authority (NVWA).


According to NVWA, in 2020 alone, 577 written warnings were issued and 417 penalties were imposed following relevant inspections. A year earlier, there were 535 written warnings and 361 penalties. Most of the violations at slaughterhouses related to hygiene regulations.

„It looks like the control authority wants to use this headline to make a name for itself at the expense of a sector that is actually doing its job very well.“
COV chairman Laurens Hoedemaker

Last year, it said, a total of about 67,980 inspections were carried out at the plants, an increase of 2.5% compared to 2019. Meanwhile, the Dutch Central Organisation of the Meat Industry (COV) interpreted the NVWA inspection results as "very good". Animal welfare regulations are excellently complied with in Dutch slaughterhouses, the association stressed. Penalties had to be imposed in only 0.06% of the animal welfare-related inspections. The corresponding proportion of warnings is put by the association at just 0.02%.

COV chairman Laurens Hoedemaker criticized the NVWA's communication policy. He said that the authority had given its press release on the inspection results an unnecessarily negative headline: "Hundreds of fines and warnings every year". This, he said, creates a false impression of the industry.