Geese imported mostly from the east 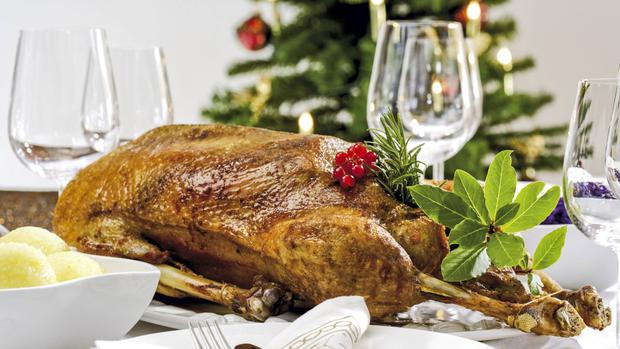 In Germany, roast goose is as much a part of Christmas in many families as the decorated Christmas tree.

GERMANY, Wiesbaden. Without imports from Poland and Hungary, Germany's demand could not be met Only every seventh goose comes from domestic production.

The chance of getting German goose meat on your plate at Christmas time is comparatively small. According to surveys by the Federal Statistical Office (Destatis), a total of 608,312 geese with a total weight of 2,923 t were slaughtered in German poultry slaughterhouses in 2020. Imports of goose meat amounted to 18,666 t at the same time. Of this, 97% was of Polish and Hungarian origin. However, compared to 2019, total goose meat imports were down by 4%: Due to bird flu, Hungary had exported 4,246 t of goose meat to Germany at that time, about 17% less than in 2019, Destatis explained.


As the authority also noted, goose slaughter is a distinct seasonal business. Last year, it said, 60% of annual production was accounted for by the months of November and December. In these last two months of 2020, about 42 t less goose meat was produced than in the comparable period of the previous year, at 1,753 t. This slight decrease could be due to the fact that the goose season fell in the middle of the second lockdown to contain the Corona pandemic, the Federal Statistical Office explained.

A roast duck can also be an alternative to goose during the cold season and the holidays. In 2020, the amount of duck meat produced from commercial slaughter reached 26,508 t, nine times that of goose meat, according to official statistics. The average slaughter weight of a duck in 2020 was 2.2 kg, according to Destatis, while a goose weighed an average of 4.8 kg at slaughter.