Prices in Spain pick up 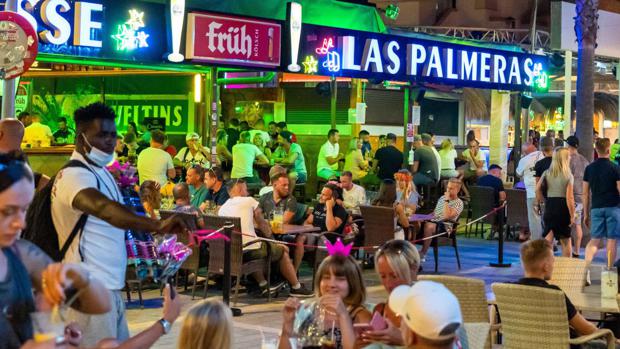 Tourists are back and causing pork sales to rise in Spain.

GERMANY, Bonn. German producers are hoping for rising quotations in the second half of June. Spain and Italy are already benefiting from demand from tourism.

Slaughter pig supply in Germany and neighboring countries in mid-June is not large in terms of head count and is roughly in line with moderate demand from slaughterhouses. "Supply and demand are increasingly balanced against each other," reported the Association of Livestock and Meat Producer Groups (VEZG), leaving its key quotation for slaughter pigs unchanged at 1.80 €/kg carcass weight (SG) last Wednesday.

In normal calendar weeks - without the holiday-related loss of slaughter days - the significantly smaller live supply following the reduction of livestock would likely have already led to higher producer prices. Market participants reported that the previously existing surpluses had largely disappeared and that animals could be marketed more promptly again. With the end of the holiday weeks in sight and the prospect of more barbecue-friendly weather, hopes of an imminent rise in VEZG prices were germinating on the producer side. This was also reflected in a 2-cent increase in the upper value of the quotation range to 1.82 €/kg.

No movement in cuts

According to Agrarmarkt Informations-GmbH (AMI), trading activity in pork increased somewhat shortly before Whitsun; thereafter, restocking requirements led to brisker business. By way of qualification, however, the market observers from Bonn also reported that all items were available in sufficient quantities, so that there had been no major upward price adjustments in cut sales. The Association of Agricultural Processing Producers (VLV) in Austria also considers a change of mood with rising prices on the market after Corpus Christi possible. Currently, however, due to the holiday-related cancellation of slaughter days, market-ready pigs would be piled up to the extent of 10 to 15% of a week's volume. The VLV quotation nevertheless remained stable at 1.94 €/kg SG.

In Belgium, France and Denmark, slaughter pig quotations also remained unchanged last week. In Belgium and France, the supply of slaughter-ready animals is decreasing noticeably, and rising quotations are expected for the second half of the month. In Denmark, stable pork sales were reported on the EU domestic market, but this did not yet provide any scope for higher prices. However, it is possible that this will soon change in the main holiday countries and then items in demand could quickly become more expensive.

Slaughter weights in Spain down

The effect of summer tourism is already being felt in Italy. The national quotation for slaughter pigs there rose by 3.7 cents/kg live weight (LG). This has also been helped by the smaller live supply at higher temperatures and declining slaughter weights. This can also be seen in Spain, where, according to Mercolleida, slaughter weights have fallen by 1.9 kg in the past four weeks and head counts are almost 15%t below the level at the beginning of the year. In addition to seasonal reasons, animal health problems in sows at the beginning of 2022 are now reducing the supply of fattening pigs. The Spanish benchmark quotation moved up 1.8 cents to 1.58 €/kg LG last Thursday. The holidays had little effect on the live market, as slaughter capacity would have been limited anyway due to the low live supply, Mercolleida reported.

In the week ending June 5, slaughter pig prices had held up well on the EU average. According to the Brussels-based Commission, E-class animals were paid € 185.84/100 kg SG on a weighted average across member states, up € 0.42 or 0.2% from the previous week. Contributing to this were the comparatively high premiums in Romania of 6.2 percent and in Ireland of 5.%. There were slight price improvements of up to a maximum of 0.4% in the Czech Republic, Luxembourg, Croatia, Hungary and Slovenia. Slaughterhouse payout prices remained virtually unchanged in Germany, Austria, Denmark, France, Spain and the Netherlands. In contrast, fatteners in Lithuania, Italy and Estonia suffered reductions of between 0.8% and 1.3%. Slovakia reported a price drop of 1.6%. For Belgium, the Commission reported a 3.3% drop in slaughter pig prices during the reporting week, although this does not correspond to the payout prices published by leading companies for this period, which remained unchanged.