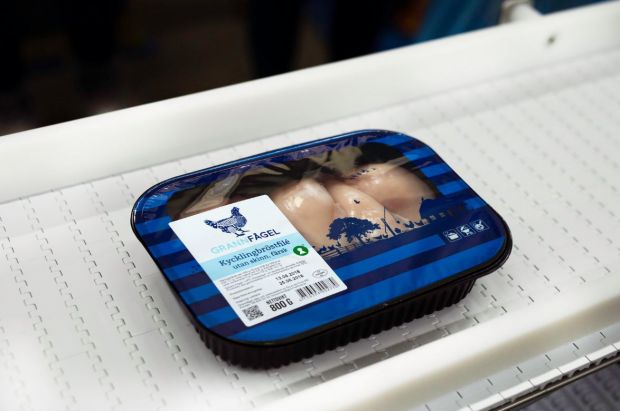 LATVIA, Ķekava The leading Latvian poultry producer JSC Putnu fabrika Ķekava with its new brand Grannfågel specially created for Sweden has started exporting its products to the Swedish retail sector. Ķekava is the first meat producer in the Baltic States that has undergone the Swedish quality certification and, starting with mid-June this year, its production can be purchased also in leading Swedish retail chains.


“For a Latvian producer, excellent quality is the only key to the Swedish market. Therefore, we are pleased that the poultry meat produced by Ķekava is the first Baltic-produced poultry that has passed the Swedish quality certification and has reached the demanding Swedish customers. For the total investment program in quality reaching already € 5.5 mill., our production model has been based on quality for several years with the goal to provide the highest quality meat for both the domestic market and for export. Swedish bird welfare standards and meat quality requirements are much higher than those required by the EU laws. Both geographically and in terms of quality, we are indeed Sweden’s closest partner in supplying the highest quality meat. To obtain an export permit in the retail sector, Ķekava has undergone repeated inspections and fully met all the existing Swedish quality criteria,” says Andrius Pranckevičius, Chairman of the Board, JSC Putnu fabrika Ķekava.

Grannfågel products will be available in major Swedish retail chains such as ICA, Coop and Hemköp, in total 25 stores all over the country. First, the product export will cover Stockholm region, and in the nearest future Grannfågel poultry products will be sold in Gothenburg, Malmö and in other Swedish cities.

Products produced by Ķekava account for more than 5% of the total poultry import to Sweden. Ķekava has already succeeded in the Swedish HORECA segment, where it has operated for more than 10 years. Last year, Ķekava obtained the permit from the Swedish responsible bodies and became the only meat importer to the Swedish public sector, including schools, hospitals and other public establishments. Overall, Ķekava will now deliver approx. 400,000 kg of products to Swedish retail and HORECA networks per month.Total export of Ķekava amounts to 48% of the production. Export to Sweden accounts for 41% of total export.

Ķekava is the first and currently the only meat producer in the Baltic States and one of few in Europe that are able to raise birds healthy without antibiotics treatment, which is confirmed to consumers by product label Raised without Antibiotics. Today antibiotic consumption in Ķekava is one of the lowest in the European Union and is on the same level as such quality leaders as Norway, Island and Sweden. High biosafety and bird welfare standards is a pre-condition that allows the company to protect its birds from illnesses, ensuring exquisitely high-quality meat. In average, annually 90% of the birds in Ķekava are raised without any antibiotics treatment.

JSC Putnu fabrika Ķekava has also obtained the world most recognizrd food quality certificate BRC that attests that company meets the highest international food quality and safety standards, which is crucial for the company’s export both to the existing and new export markets. The BRC certificate is an important attestation of safety and reliability of products made by Ķekava. The BRC (British Retail Consortium) is the leading global food safety and quality certification program and an internationally recognised confirmation of the reliability, quality and safety of a food producer. The BRC certification program has been developed by the UK supermarket chain association (Asda, Tesco and Sainsbury) and serves as a benchmark for many global retail networks, such as Lidl, Aldi, Metro, etc.