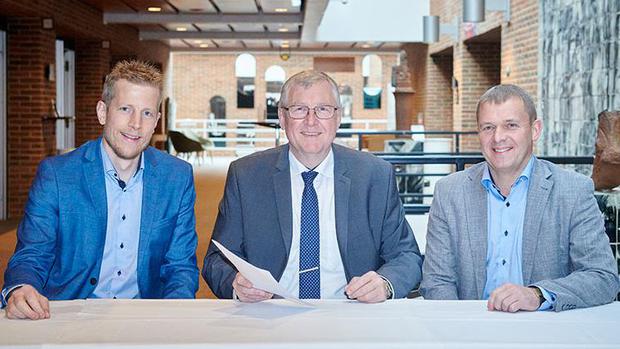 Jesper Buch, Erik Larsen and Asger Krogsgaard (from the left) have ambitious goals.


By 2050, Denmark and Denmark’s national pig production will be carbon neutral – according to a press release of the Danish Agriculture & Food Council. This is a now well-established target, but a new vision clearly sets out the extent of the ambitions. Danish pig production seeks to be an even more important player in the green transition and to ensure that Danish solutions have an increasingly important role to play beyond Denmark’s borders.

At this year’s Herning Pig Congress on Thursday and Friday, the three parties signed up to a vision, which is expected to be presented within the coming month. The Chairman of the Danish Agriculture & Food Council, Pig Production, Erik Larsen, welcomes the initiative: "I’m pleased that we stand united as an industry and have drawn up a vision for the future of pig production. This is no easy task that we have set ourselves. But this is precisely why we must be the ones to take the lead in ensuring that Danish pig production remains a success, and this also means in 2050. I want to guarantee the realisation of our ambitious goals.”

Jeppe Bloch, Chairman of the National Association of Danish Pig Producers, welcomes the open communication and the responsiveness to the National Association’s key issues, which are shared by the two other parties in the negotiations: "From the perspective of the pig farm, it’s important for me to see that Danish pig producers are still at the forefront of developments and continue to be a role model for our competitors across the world.”

Research and Development are the way forward

Asger Krogsgaard, Chairman of Danske Svineslagterier, believes that development in the industry is crucial to remaining attractive to consumers. "Danish pigs are currently in demand across the world because of their quality and our high standard of food safety that we have accomplished over the years. But it’s important that we get research, development and innovation projects underway in order to put us ahead of our competitors abroad.” 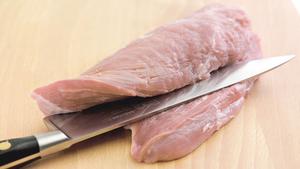