Plant-based products off to a good start 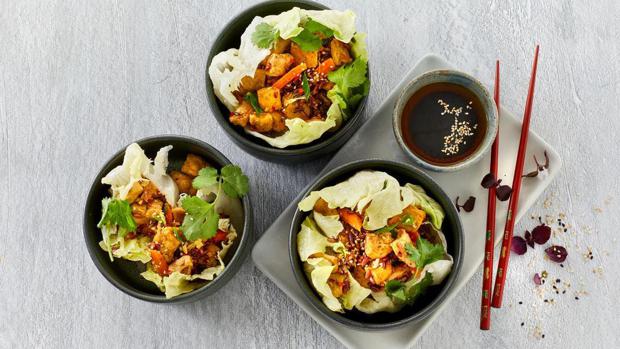 After the Summer holiday, Danish Crown expands its plant-based range by adding three new products: An Asian-inspired noodle dish with vegetables and veggie bites, a veggie mince burger and a breaded burger with spinach and cheese.

DENMARK, Randers. Since introducing its range of plant-based products in January, Danish Crown has built a market share of almost 20%.


Veggie meatballs and plant-based mince burgers are becoming increasingly more popular at dinner tables all over Denmark. Introducing its first range of plant-based products under the brand Den Grønne Slagter only in January, Danish Crown has already built a market share of 20%, making it the largest producer of plant-based meat alternatives in Denmark.

“After only four months on the market, 5% of all Danish consumers have already bought our plant-based products. As a result, we’re already in the process of adding new plant-based products to the range” says Mette Færch, head of marketing and innovation at Danish Crown. 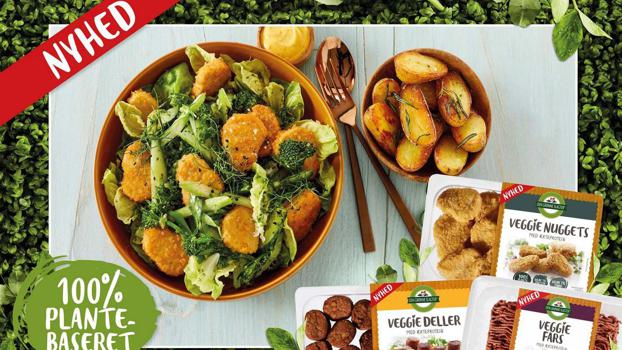 The plant-based product range currently consists of eight products in the form of ready meals and meal components. All products are made without soy and with either Nordic or organic vegetables as the main ingredient. The best-selling products are also the favourites among families with young children: veggie mince, veggie meatballs and veggie nuggets.

Numbers from Danish Crown market research show that after only four months on the market as many as six of the new products are in the top 20 of best-selling plant-based meat alternatives. Moreover, veggie mince from the brand Den Grønne Slagter is the best-selling product in its category.

In consumer surveys, more than one in three Danes reply that they have reduced their meat consumption within the past 12 months, and two out of three intend to eat more climate-friendly. In connection with the launch, Danish Crown therefore aimed for revenue in the plant-based segment in the high double-digits of millions of Danish kroner already in 2022. With the strong sales figures, the group is well on track to meet this target.

After the Summer holiday, Danish Crown expands its plant-based range by adding three new products: An Asian-inspired noodle dish with vegetables and veggie bites, a veggie mince burger and a breaded burger with spinach and cheese.