Solid results in a challenging year 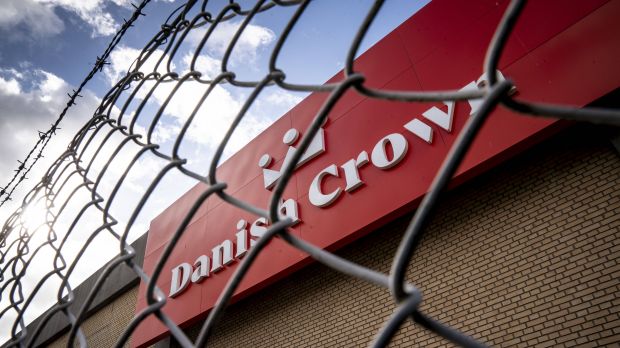 DENMARK, Randers. Meat prices worldwide have been challenged by Covid-19, but Danish Crown’s strategy of increased food processing has proven its worth in a turbulent six-month period.


Combined, Danish Crown’s three processing companies in Poland, Sweden and Denmark have improved their earnings by nearly 40% relative to last year. At the same time, the company retains its strong position in the UK following the clarification of Brexit, and DAT-Schaub, a global market leader in casing, delivers another record result.

“This is a strong interim report. Over the past six months sustainability has been a crucial factor in negotiations, in which we have landed substantial orders from large international players in consumer goods and the foodservice market,” says Jais Valeur, CEO of Danish Crown.

Revenue is a challenge

The company is growing, and measured in terms of kilos, sales increased by 3% in the first half of the financial year relative to the year-earlier period. However, globally falling meat prices due to Covid-19 and a lower USD/DKK exchange rate represent a revenue challenge, but earnings are maintained at a high level with a net profit of DKK 1,335 mill.

Local Covid-19 outbreaks at the start of the reporting period prevented a few of the Group’s facilities from exporting to China, and exports to China therefore dropped by nearly 30% year on year.

In addition, Covid-19 and, to a lesser extent, the outbreak of African swine fever in Germany generally squeezed pork prices, and on top of that the USD/DKK exchange rate has on average been 8.2% lower than it was a year ago. This resulted in a 9% drop in revenue from DKK 31,834 mill. to DKK 28,937 mill., and while the settlement prices to the owners throughout the period were highly competitive and on average nearly DKK 1.5 better than the EU index, they were lower than last year. 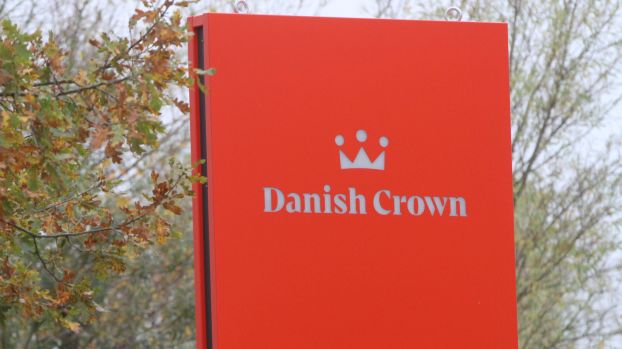 Operating profit fell from DKK 1,750 mill. to DKK 1,653 mill., and the DKK 97 million decline more or less corresponds to the additional costs of testing and cleaning due to Covid-19. Net profit was DKK 1,335 mill., which is DKK 56 mill. less than in the first half of 2019/20. “Despite quite strong headwinds early in the year, we are close to matching last year’s record-strong results,“ says Valeur.

Covid-19 has reduced demand for premium beef cuts, which is primarily driven by sales to the foodservice market, and that has put pressure on Danish Crown Beef’s settlement prices to the owners. However, Beef is staying its course, regularly developing new products in close dialogue with its customers, and Scan-Hide, which sells cattle hides for leather production, is also on the path to recovery following a turnaround.

The supply of pigs for the Danish abattoirs increased by 9% on the year-earlier period, making Danish Crown hire more than 500 new employees. The large increase in supply was very much attributable to the outbreak of African swine fever in Germany, which meant we needed more people to slaughter, process and pack the larger production volumes to customers all over the world.

Compared to first half of 2019/20 Danish Crown has reduced its interest-bearing debt by DKK 1,200 mill, lifting its solvency ratio by 1.5 percentage point to 30% at the end of March 2021. The Group’s financial gearing was 2.6x EBITDA, or marginally lower than the 2.7 reported in the same period of last year. This is despite the fact that the Group invested DKK 450 mill. more than last year in, among other things, automation initiatives and the growth categories pizza toppings and bacon. 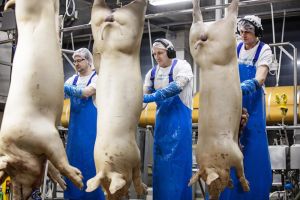 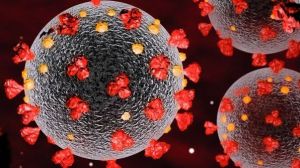 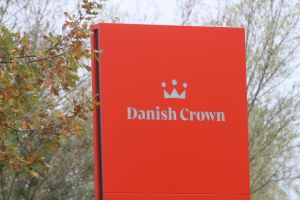