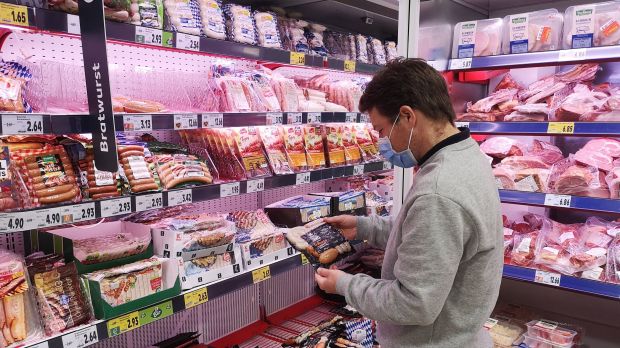 THE NETHERLANDS, Amsterdam. Compared to competing products from selected other countries, German food has a big lead in terms of consumer confidence. This is the result of a recent survey conducted in Germany by the market research company PanelWizard Direct on behalf of the Dutch bank ABN Amro.

According to the Amsterdam-based bank, 78% of respondents said they were confident that food produced in Germany was not harmful to health. The results for food from France and the Netherlands were much worse, at 57 % and 51 % respectively. Food from Belgium came in at only 48%, followed by food from the United Kingdom with only 39%.

According to ABN Amro, German consumers' trust in sustainable food production was also highest among suppliers from their own country. According to the survey results, 62 % of respondents trust that food from the Federal Republic is produced sustainably with regard to labour conditions, animal welfare and environmental protection. French foodstuffs follow far behind with a share of 46 %. Dutch and Belgian products are trusted by only 44% and 42% of consumers respectively. For the United Kingdom, a share of only 35 % was determined.

Little to no confidence in China, Brazil and South Africa

German consumers are even more distrustful of food from non-EU countries. According to the survey, 59 % of respondents have little to no confidence in the sustainable production of products from China. For Brazil and South Africa, shares of 41 % and 39 % were determined here. The results on feared health risks from products from these three countries were of a similar order of magnitude.

ABN Amro recommends Dutch producers to strengthen the confidence of German consumers in their products. It is important to increase transparency and to respond better to market needs. Examples are the promotion of GMO-free production and the offer of organic products. In addition, it is becoming increasingly important to provide data on where and under what conditions food is produced.