Grass is the solution 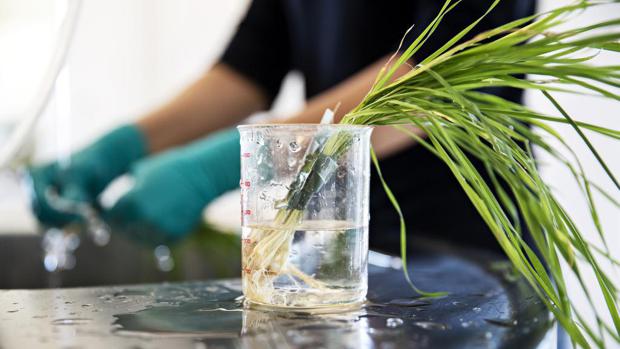 Protein from grass: Will new technology make soy imports superfluous in the future?

By 2050, nearly ten billion people will populate the earth, according to the UN. That would be about two billion more inhabitants than today. In global terms, this will also increase the demand for protein. And as the appetite for meat continues to develop, particularly in the emerging countries, with the growth in economic performance and per capita income, Denmark, as a classic pork exporting nation, sees further potential in this sector. Pork accounts for almost half of the kingdom's agricultural exports and more than 5% of its total export volume.

But back to grass protein: what effect does feeding the green powder actually have on the taste of pork? Trials with fattening pigs found no changes in meat quality as a result of the grass powder in the feed. No differences were seen in feed intake or weight gain compared to conventional feeding, nor was diarrhea.

However, there are still some challenges to overcome before grass protein can be used on a widespread basis, explains Erik Fog, SuperGrassPork project manager at SEGES: "The process works, but requires lots of fresh grass. So, in addition to appropriate cultivation areas, we need many decentralized refining plants, which in turn require high investments. In parallel with further development of the technology, we need to identify where it's worth building plants, who produces the grass, and who raises the necessary capital and operates the plants."