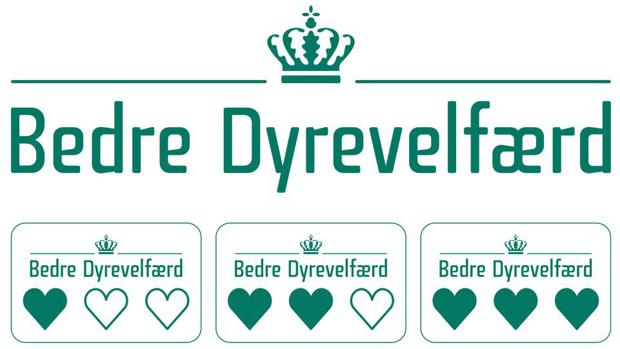 According to a survey by the umbrella organization of the Danish agricultural and food industry (Landbrug & Fødevarer, L&F), awareness of the label has continued to rise across all age groups. While last year 67% of respondents aged between 25 and 75 said they were aware of the label, the corresponding figure in the latest survey was already 73%. According to the survey results, the level of awareness of the Animal Welfare Seal is highest among mothers with children living in the household. In this group, four out of five respondents are now familiar with the label. By contrast, the corresponding proportion is significantly lower in the high-purchasing group of 50 to 75-year-old consumers. Here, only 67% stated that they were familiar with the animal welfare label.

According to the Copenhagen Ministry of Agriculture, the state seal informs shoppers about the husbandry conditions of the animals whose products they are buying by displaying one, two or three green hearts. The more hearts shown, the higher the requirements in terms of space and housing conditions. In the case of pigs, for example, in addition to the space available per individual animal, which is increased in three stages, these include the abandonment of tail docking, more employment material and shorter transport times. At the start in May 2017, the animal welfare programme initially only covered packaged pork and was extended to chicken meat in October 2018. Since 2020, dairy products as well as veal and beef can also bear the logo if the farmers have certified their production accordingly.