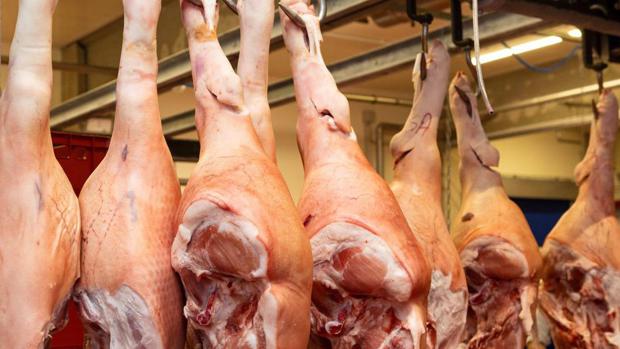 Most pork is now marketed in the EU.

The production, consumption and exports of pork, beef and poultry meat have developed very differently in Germany in recent years.


This is shown in the updated "Animal Husbandry Fact Sheets" published by the German Thünen Institute (TI). As the institute explained in detail in Braunschweig, the production of poultry meat has developed dynamically in recent years, while beef production has stagnated for years and pig production has been increasingly restricted since 2017.

According to the institute, pig stocks in the Federal Republic were cut by more than 12% in the period from May 2020 to May 2022 due to the "catastrophic market situation." Major causes, it said, were African swine fever (ASF), the Corona pandemic, increased energy and feed costs, labor shortages and changes in consumption habits. The situation was aggravated by the lack of planning certainty for farmers, especially with regard to future animal welfare and environmental policies.

The Braunschweig experts put total meat production in Germany for 2021 at almost 8.23 million tons including offal and slaughter by-products, which corresponds to a decline of about 3% compared to the previous year. Of this, pork would continue to account for the largest share at 4.97 million t, followed by poultry and beef.

Germany is a net exporter of meat, although the trend has been slightly downward over the past three years. Pork in particular is marketed abroad, despite the difficult situation in this sector, he said. However, exports to third countries have been significantly restricted, so that this type of meat is now marketed almost exclusively within the EU.

According to the Thünen Institute, the average per capita consumption of meat in Germany in 2021 was 55 kg. Meanwhile, per capita meat consumption is put at 82 kg; in addition to human consumption, this also includes pet food and industrial utilization. Both quantities have continued to decline compared to 2020, the scientists said. AgE/kk

This text first appeared on www.agrarzeitung.de.