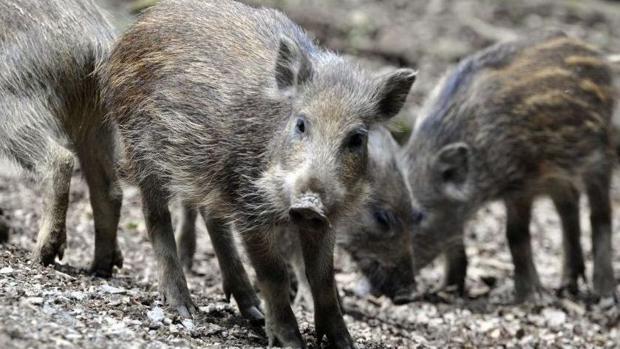 GERMANY, Berlin. At the end of last week, the mark of 3,000 detected cases of African swine fever (ASF) in wild boars in Germany was exceeded.

While there were no more cases in Mecklenburg-Western Pomerania last week until December 17, the virus was detected several times in wild boar populations in various counties in Brandenburg and Saxony, according to the Friedrich Loeffler Institute. Against the background of the continuing epidemic, the central crisis team animal epidemics met for the first time last Wednesday on the situation with the ASP under the new leadership of the State Secretary in the Federal Ministry of Agriculture, Silvia Bender.

According to the Berlin Ministry of Agriculture, representatives of the federal and state governments agreed that the epizootic disease could only be successfully combated if all responsible parties acted in close cooperation. Meanwhile, the European Union Veterinary Emergency Team (EUVET), which recently visited Germany to assess the disease situation and control measures, praised the disease control efforts in Germany to date. "ASF affects the whole of Germany and will not disappear overnight," Bender noted. Therefore, he said, there must be close cooperation in its control. "The three affected federal states have shown how good disease management works," praised the State Secretary. The spread of ASF had to be stopped, for which the wild boar population had to be greatly reduced. "Together with the federal states, we will develop a strategy for this. In addition, the current ASF monitoring of domestic and wild pigs is to be continued and strengthened in a risk-oriented manner", Bender announced. Discussions will be held with the EU Commission on how pig farms can be better supported financially, including in the event of a temporary phase-out of production.
More about this topic 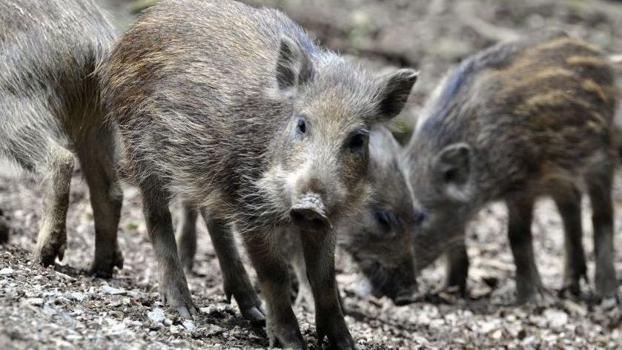 The head of the ASF crisis team in Brandenburg, Anna Heyer-Stuffer, emphasized that Brandenburg "has been implementing all control measures to contain the disease quickly and consistently for about 15 months". All the Länder are benefiting from what is being done in Brandenburg in conjunction with Saxony and Mecklenburg-Western Pomerania. This has also been recognised by EUVET. Mecklenburg-Western Pomerania's State Secretary in the Ministry of Agriculture, Dr Jürgen Buchwald, warned that the virus could spread by jump infection at any time. "We agree with the federal and state governments that we are dealing with an event of national significance," Buchwald explained. The experts of the EU veterinary mission had recommended an even stronger coordinating role of the federal government and an intensification of the coordination with the neighboring country Poland. The head of the Saxon ASF crisis team, Sebastian Vogel, stressed that "through the collegial cooperation and regular technical exchange of the three affected federal states, a widespread spread of ASF towards the west and thus for the whole of the Federal Republic could be limited". In view of the new federal government, Vogel is counting on a new chapter in the fight against ASF. The solidarity of the federal government and the other federal states is important in order to maintain the large number of disease control measures.

Mecklenburg-Western Pomerania's Minister of Agriculture, Dr. Till Backhaus, emphasized that numerous measures had been taken immediately and successfully after the ASF outbreaks in his federal state. He praised in particular the support of the hunting community, which had contributed significantly to the fact that "we assume that the epidemic is under control". However, the occurrence of ASF, far from the cases in Brandenburg and Saxony, shows that it can affect anyone. According to Backhaus, a nationwide monitoring of wild boar populations would be desirable in order to detect outbreaks at an early stage and then be able to combat them. He welcomed Bender's promise to approach the other ministries to discuss fences along motorways, railways and federal waterways. The erection of such barriers would be an effective means to slow down the spread of the virus. Backhaus reported that the German armed forces also want to make military training areas such as the one in Jägerbrück ASP-proof by fencing them off. "For me, however, effective protective measures also include the development and approval of effective vaccines," the minister stressed. To this end, research efforts would have to be intensified.

Lower Saxony's Minister of Agriculture, Barbara Otte-Kinast, appealed to all hunters to refrain from hunting in the affected ASP areas, if possible, in view of the continuing epidemic. In response to a question from the Green Party in the state parliament, the minister clarified that in the event of an ASF outbreak among wild boar in the "endangered area" or restricted zone II to be established at that time, "it is absolutely necessary to confine the animals kept outdoors or with access to the open air". The risk of introduction is particularly high with these types of husbandry. Every avoidable case of epidemic serves the protection of animals. With the compulsory stabling the state follows the recommendation of the FLI. Otte-Kinast emphasised that the organic status would be maintained if a stall obligation was imposed.

In the south of Germany, Bavaria and Saxony agreed at a joint cabinet meeting last Tuesday that the ASF was "a crisis of national importance". The federal government and the states would have to deal with it together. Both governments decided to deepen the cross-state cooperation and to continue to coordinate on strategy and eradication concepts. In Brandenburg, the further spread of ASF is to be contained by increased hunting of wild boars, which is supported by shooting or levy premiums. As the Munich Ministry of Agriculture announced on Monday last week, the purchase of seven additional refrigerated containers will now be subsidized with 188,000 euros from the hunting levy upon application of the State Hunting Association. In the cooling containers the killed animals could be stored hygenically cleanly up to the marketing.
Source: fleischwirtschaft.de; AgE