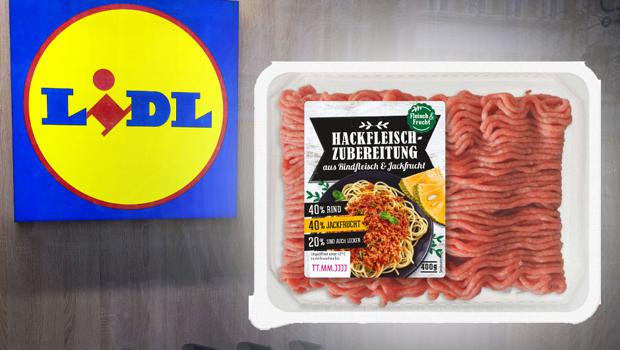 GERMANY, Neckarsulm. Lidl is moving in with other retailers and trying out the meat-vegetable mix. Aldi and other competitors are also testing the concept.

Lidl is another retailer trying its hand at hybrid meat. Starting this Monday, minced meat and burger patties made of beef with jackfruit, Vienna sausages with carrot, and chicken meat sausage with soy protein will be offered for the first time in more than 3,200 stores, the black discounter announced. Accordingly, it is a promotion with goods that have a vegetable content of up to 40%.
More about this topic 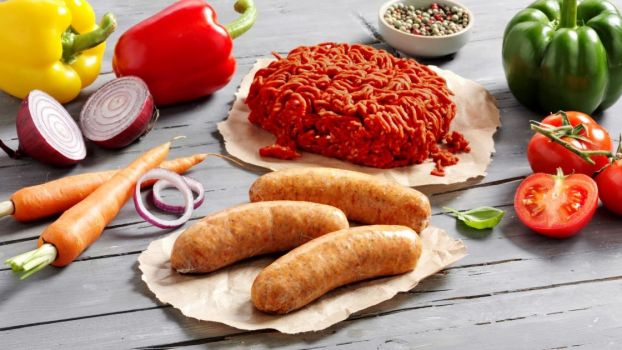 
According to the company's statement, Lidl wants to use the products to support customers "who want to reduce their consumption of animal products and thus also their ecological footprint, without completely giving up meat." Other goods aimed at this target group will follow shortly, the retailer announces. The idea for such mix offers is not new - however, they currently promise more success than about ten years ago. Due to climate change and the trend towards less meat consumption, more and more retailers are currently trying their hand at marketing.

Aldi Süd, for example, is announcing hybrid products in its flyer. From January 14, customers will be able to buy salami with organic poultry and pork under the "Iss Neu" label, for example, which contains 50% less meat. The discounter lists "alternative plant-based ingredients and whey protein" as supplementary ingredients.

Rewe sees itself as a pioneer in the segment. At the beginning of July last year, the Cologne-based company announced that it would be the first grocer in Germany to offer meat products that contain 50% vegetables. The "Better Half" product, which is produced by subsidiary Wilhelm Brandenburg , had been in the works for two years. A short time later, Netto Marken-Discount followed suit with "Less Meat" (approx. 34% vegetables). The first trials of the products took place back in 2010, but industry experts say the time was not yet ripe.