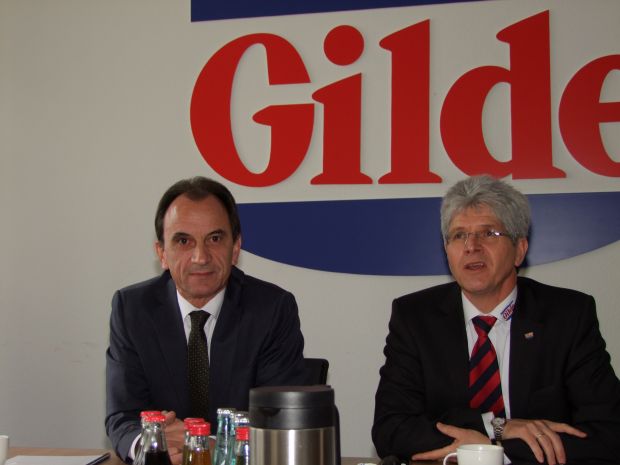 GERMANY, Frankfurt Zentrag is looking for further growth. Which is why it is investing in its organisational development, in its staff and in relaunching its own brand range.


The management and supervisory boards of the Central Cooperative of the European Meat Trade (Zentrag) were very upbeat about the current year at the financial statement press conference. Supervisory Board Chairman Michael Boddenberg believes that the butchery cooperative is in a healthy state. Not least because the butchery sector enjoyed a stable year in 2014. At EUR 272.1 million the sales of the cooperative were slightly below expectations, as CEO Anto Wahl admitted, but profits came in above plan. This year the Frankfurt-based organisation is targeting a 2.2 increase in sales.


Zentrag's centralised settlement on behalf of its members fell again. These sales collapsed by just under five per cent to EUR 169.6 million. The organisation is aiming to counteract this development through improved bundling of resources.

CEO Wahl is planning to restructure the division of labour within the group. At Zentrag he is planning to bundle the buying processes to obtain better conditions, aimed in turn at strengthening the entire network and at providing sales support to members. The proposals will be supported by a key account strategy with the goal of opening up new markets for Zentrag.

Here the organisation is looking at joint catering staff, at retail and bakery businesses and at multichannel ventures. For this, Zentrag is investing in an e-commerce platform; it has already found a pilot partner for a web shop in the form of Fleischer-Einkauf AG Bremen.

"Zentrag's commitment in France is yielding the first fruits," explained Wahl. Centralvia was set up one year ago as a joint venture between the French business association, the French meat purchasers (COOBOF)  and the Zentrag subsidiary Gilde Beteiligungsgesellschaft. It has already earned EUR 1.5 million in its first nine months of existence.

The Gilde range celebrated its 60th anniversary last year. For autumn 2015 Zentrag has invested in a new packaging design aimed at giving a further boost to the sales of Gilde products. At the same time a team will be overhauling the communication strategy.

In order to reach its targets, Zentrag will also be investing in staff development. The employees are to be offered ongoing support through initial and further training programs.