Weber: Among the Top 100
Weber 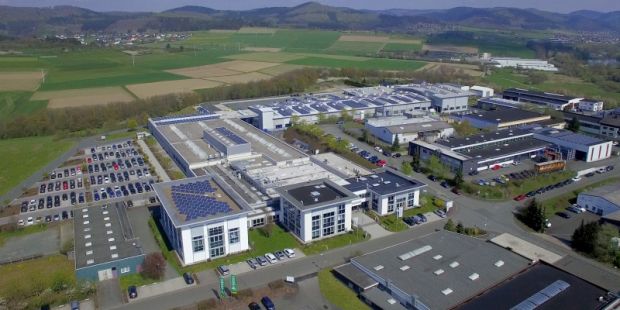 Weber is headquarted at Breidenbach, Germany.

GERMANY, Breidenbach. VW, Bosch, Siemens, BMW, Continental – and Weber Maschinenbau: they all belong to the Top 100 of the most innovative companies in Germany.


The renowned Handelsblatt magazine published the ranking of the innovation leaders in the field of digitalization in its November issue. Weber ranks 45th in the national list of best companies and – in an international comparison – ranks 644th in the Top 1000.

The ranking was published by the Swiss consulting firm EconSight, which identified all patents that are intended to protect particularly relevant innovations for the digitization of applied technologies. Weber Maschinenbau filed about 30 new patents last year.

For the list, not only the number of all patents applied for by the companies was examined, but also how often they were referred to in the last two years. If an invention builds on an existing patent, the more valuable it is and leads to a better ranking.

"We are very proud of our placement in the Innovation Ranking Germany. Not only the number of patents filed in 2019 was decisive, but also the fact that our patents are often referred to. This shows that Weber Maschinenbau often leads the way as a pioneer in new technologies", says Steffen Zecher, head of patent management at Weber, happily.

Round about 1,400 employees at 25 locations in 21 nations are employed at Weber Maschinenbau today and it is their commitment and passion that contributes to the overall success of the Weber Group every day. From the beginning, the company has been family-owned and is today led by CEO Tobias Weber, the eldest son of the company’s founder Günther Weber.