WPC : ASF front and center at conference in C...
WPC

ASF front and center at conference in China 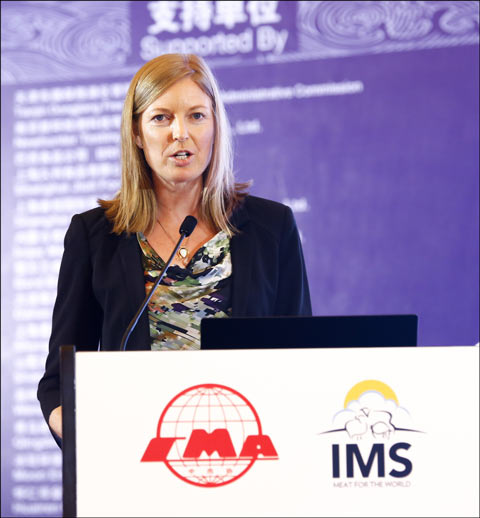 
USMEF Economist Erin Borror delivered a keynote address on the economic impact of African swine fever (ASF) on global meat trade at the World Pork Conference. She highlighted the uncertainty about the magnitude of ASF’s pork production impact, not only in China but also in Southeast Asia and most recently spreading into South Korea. Given that China’s August hog inventory was down 38% year-over-year, even relatively conservative estimates suggest a huge reduction in global pork availability in 2020 and significant decreases in pork consumption.

Global pork trade will set new records in 2019 and again in 2020, likely increasing by double digits both years. The U.S. is the best-positioned supplier to dramatically increase pork exports next year, with record-large production and stymied current export volumes due to China’s retaliatory tariffs. The combination of ASF and tariff uncertainty has caused huge volatility in the U.S. hog and pork markets, especially futures contracts. These price swings and comparisons to 2014, when the global industry was dealing with porcine epidemic diarrhea virus, give some frame of reference of what could be ahead as prices will likely ration global pork demand.

Other speakers also discussed their experiences with ASF, including considerable discussion on the current state of China’s pork production and the steps being taken to help China’s pork market stabilize and recover. Gao Guan, vice president of the China Meat Association, predicted that pork production will begin to noticeably rebound in the second half of next year. He stated that pork consumption has declined in China and the 2020 balance sheet will see domestic production bottom out at 44 million metric tons (mt), compared to 54 million mt in 2018. Imports will rise to 5 million mt, resulting in a record-low self-sufficiency rate of 90%.

Some other speakers were less optimistic about the production rebound materializing in 2020, citing ongoing ASF outbreaks in southern China and continued reluctance by some producers to re-populate. The consensus among Chinese conference participants is that ASF will permanently change the structure of China’s pork industry, including predictions that the industry will consolidate at the production, slaughter and processing levels, and that harvest and processing will shift closer to large production areas. Most envision less movement of live hogs in the future, with more chilled meat distribution.