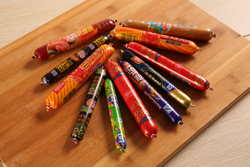 The company set pricing for the IPO for 22 April, and the shares will debut on the Hong Kong stock exchange on 30 April. WH Group could boost the size of the IPO to $.611bn. to meet additional demand. News reports state that the listing is the second-largest IPO after Kraft Food Inc.'s deal of $8. bn. in 2001. It also is the largest new listing in the Asia-Pacific.

WH Group owns a variety of food and logistics enterprises including Smithfield Foods Inc. and Henan Shuanghui Investment & Development Co. Ltd., China's largest meat processor. The group was formerly known as Shuanghui International, and renamed itself to its current form in January 2014 to reflect its emerging global reach and aspirations as a world-leading brand.
Source: WH Group Ltd.