Pork and beef exports rebound in May 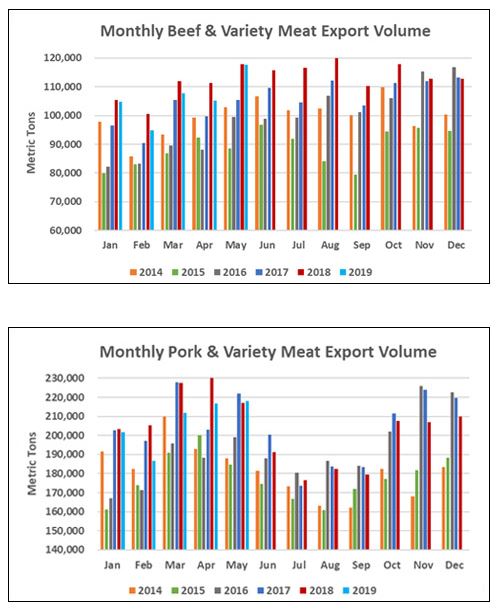 USA, Washington. May exports of US pork and beef were steady with last year’s strong volumes and increased year-over-year in value, according to data released by USDA and compiled by USMEF.