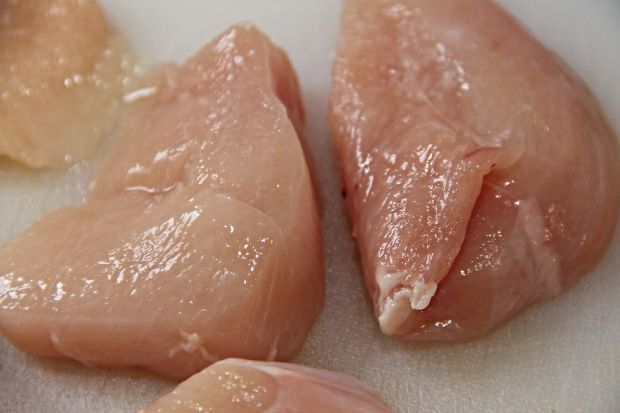 Photo: pixabay/manfredrichter
Directly linked to the US-Chinese trade tensions is the introduction of a 25% tariff on US chicken imports into China.
Related Topics:

fleischwirtschaft.com — THE NETHERLANDS, Utrecht. Global poultry trade has become highly volatile, with Brazil very much at the centre of the turmoil. Aside from issues surrounding the weak flesh investigation and associated trade implications, the country has also faced a major truckers’ strike, which led to the massive culling of birds.
Facebook
Twitter

Rabobank expects the global turmoil to continue in 2H 2018, as new issues are set to impact trade, such as rising US-Chinese trade tensions, the recent safeguard measures on Brazilian poultry set by China, and changes to Saudi Arabia’s halal stunning requirements.

This could lead to further changes in global trade, along with a risk of volatility in feed costs and trade arrangements, according to the latest Rabobank report ‘Poultry Quarterly Q3 2018: Trade Volatility, but Local Markets Bullish’.

In April, the EU removed 20 Brazilian plants from the export allowance list due to violation of EU import requirements regarding salmonella control. This is affecting the global breast-meat market heavily, as the EU is the world’s key importer of these products, and other potential buyers like the US are not open to Brazilian poultry imports. Although the EU reduced imports over January-April by only 9%, Brazil’s imports were down 45%.

Saudi Arabia is in the process of implementing its new halal allowance standards, which have already led to a drop of 30% in imports in Q1 2018. Saudi Arabia is Brazil’s number-one export market and a key buyer for whole chicken.

In response to recently-announced US taxes on Chinese imports, China has announced a set of import taxes on US agricultural products, including soybeans, as of early July. Although there is still room for negotiation, if this happens, it will also shake up global trade in the coming months, as Chinese feed prices will rise. As traders will move to Brazil to source soybeans, local soybean prices will also rise, impacting the already-weak Brazilian poultry industry. Others like the US, the EU, and South-East Asia might face lower feed prices.

Directly linked to the US-Chinese trade tensions is the introduction of a 25% tariff on US chicken imports into China, further delaying the prospect of US chicken accessing the market.

Mexico has imposed import levies on US pork. This will indirectly impact North American poultry markets. Prices in Mexico for pork – and indirectly for chicken – will likely rise. Aside from good performance for the Mexican chicken industry, this will also result in a more bullish market environment for imports of poultry.

As follow-up on this trade turmoil, Brazil’s poultry industry exports (-10%) and production (-3%) are set to decline this year, and this will lead to opportunities for alternative exporters in markets in which Brazil has to step back. Ukraine, Russia, Poland, Thailand, and Argentina are already increasing exports, and this is set to continue in 2H 2018.

Many local industries are still performing well, as supply in regions like the EU, South Africa, Mexico, Indonesia, and India is well-balanced, creating good, profitable conditions for the industry. The EU and Mexico are further set to benefit from the recent tensions in trade with rising local prices.