Vion changes structure of its Executive Board 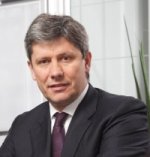 fleischwirtschaft.com — THE NETHERLANDS, Son en Breugel
Facebook
Twitter
Dr. Uwe Tillmann will be appointed Chairman of the board of Vion N.V. as of 31 December 2009. Background is, that a number of board members are going to cease their board activities because they have reached the age that entitles them to do so.

According to a press release of the company this necessitates a number of adaptations to the composition and responsibilities. Member of the Executive Board, Geert Janssen will be ending his almost 50-year career in the international meat sector as of 31 December 2008. Janssen will continue to work for VION as an advisor on a project basis.

As of 31 December 2009, Daan van Doorn and Ton Lammers will be concluding their employment as CEO and Chairman, and CFO and Vice-Chairman respectively of the Executive Board because they have reached the age that entitles them to do so.

As of 21 November 2008, Dr. Uwe Tillmann, COO Vion Fresh Meat and Convenience will be appointed Vice-Chairman of Vion’s Executive Board. He will fulfil this position temporarily alongside Ton Lammers. This pertains to the decision of the Supervisory Board to appoint Uwe Tillmann Chairman of the board of Vion N.V. as of 31 December 2009.

The position of CFO at Vion N.V. will become vacant as of Ton Lammers' departure on 31 December 2009. The succession procedure for the new CFO has started and will be completed in the first half of 2009.

Dirk Kloosterboer, COO Vion Ingredients, will be appointed Vice-Chairman of the Executive Board as of 31 December 2009.

The responsibilities of the remaining members of the Executive Board, Ton Christiaanse, Vion UK and Peter Beckers, Strategy and M&A, will remain unchanged.
You can buy the rights to this article here.
Source: www.vionfood.com