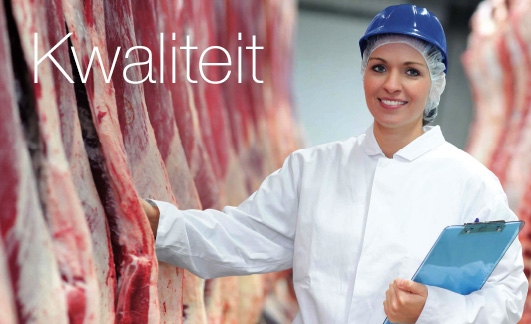 THE NETHERLANDS, Leeuwarden. End of February, Vion has started production at its new beef abattoir in Leeuwarden, in the north of The Netherlands.

After 10 months of construction, the production will now be increased, step by step, to a capacity of 2,500 heads of cattle per week. Some 45 persons are employed in Leeuwarden. Vion invested almost 20 million euros in the site, which is equipped in accordance with the most up to date animal welfare and environmental criteria.

The EU certificated abattoir has an important function in Vion's corporate strategy for sustainable and regional meat production. Some 500 farmers are taking part in the 'Waddenrund' (Wadden cattle) programme. The animals must be kept at pasture during at least six hours and for at least 120 days per year. The farms must be situated within 15 miles inland from the coast. Thanks to the proximity of the Vion abattoir, fast transport times can be ensured, as well as compliance with the highest animal welfare standards.

Apart from Wadden cattle, the operation in Leeuwarden is also equipped for the slaughter of organic cattle. In this way, Vion will be able to serve the increasing demand for organically bred beef.

Bernd Stange, COO Beef, emphasised that Vion, by commissioning Leeuwarden, advances the production of sustainable meat concepts, such as free-range beef, Wadden beef and organic beef. “With Leeuwarden, we do not only reinforce our market position in the Dutch beef sector but also further expand our position as one of the leading beef producers in Europe."