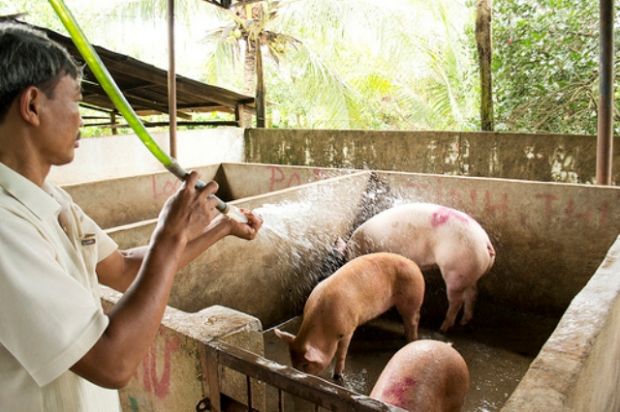 The Vietnamese Ministry of Agriculture and Rural Development is soliciting feedback on an incentive policy that seeks to earmark more than VND10 trillion (roughly US$475 mill.) to support livestock farmers countrywide in the next seven years.

Beneficiaries of the aid would be small farming households raising cattle or poultry, Tien Phong (Vanguard) newspaper cited the ministry as saying at a hearing with several local authorities and relevant agencies in Hanoi last month.

There are around 12 mill. such livestock-raising households across the country and it would cost more than VND10 trillion to support them during the 2014-2020 period, Hoang Thanh Van, head of the Department of Livestock Production, said at the meeting. Farmers who sign contracts with livestock companies and owners of industrial farms who earn VND1 billion ($47,170) or more from livestock cultivation per year would not benefit from this project, he added.

Under the plan, each farmer would receive financial assistance to buy sows, cows or pig semen. Poultry farmers with a herd size of at least 200 chickens and those who raise dairy cattle would be able to access loans at zero interest rates for two years. The program will be funded by the central and local budgets, according to the ministry.
Source: Tuoitrenews