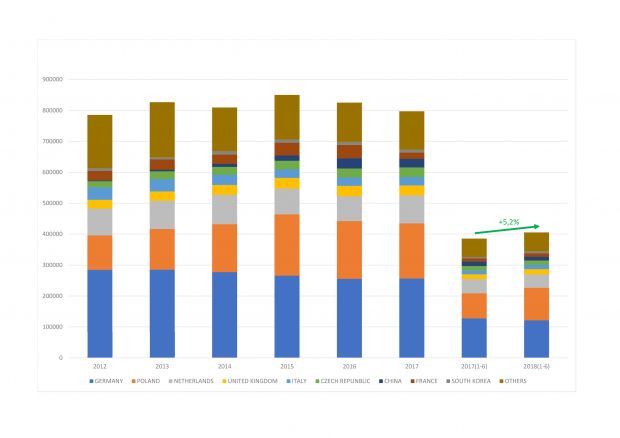 Belgium’s pork export shows an increase in the first half of 2018.


Almost 30% of the EU volumes are destined for Germany, which ordered 121,116 t from its Belgian neighbours; compared with the same period last year, however, volumes shrank by 5.2%. By contrast, exports to Poland recorded strong growth rates, rising by 30.3% to 105,376 t. The Netherlands, Belgium's third most important customer, bought 43,366 t of pork, or –5.1%.

In third country business, China leads the customer list with 11,943 t. The dwindling buying interest resulted in a 20% drop in volumes. However, a large part of the quantities could be compensated in South Korea, which boosted its imports by an impressive 60.3% to 7,068 t. Third place in the ranking of the most important third country destinations is occupied by the Philippines with 6,513 t, a minus of 6.9% in comparison to last year’s results.