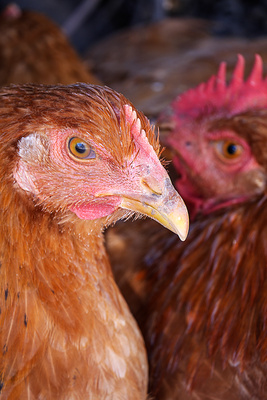 The Ukrainian poultry industry is looking to offset potential losses in the Russian market with an increase in exports to Muslim countries, according to the Ukrainian Ministry of Agriculture and Food.

Exports to Muslim countries currently account for around 43% of total poultry exports from Ukraine, or around 80,000 t per year. According to the country's analytical agency, Ukrainian Club of Agricultural Business, during the first seven months of the year the largest importer, Iraq, purchased poultry to the value of $36.7 mill., which accounted for 28% of Ukraine's poultry exports.

Exports to Muslim countries are growing by 10-15% year-on-year, according to the country's agricultural ministry. If trade continues at this pace, volumes could reach 120,000 t by 2020. The Kiev office of Islamic Organisation Alraid, which certifies halal products from Ukraine for export, said the number of applications for certification of halal products had doubled since the beginning of the year.

The two largest poultry producers in the country, MHP and Agromars, which together make up around 75% of the total market, have launched several lines for the production of halal poultry. Representatives from MHP said that the company considers exports to Muslim countries as an important part of its export strategy. MHP is already supplying halal poultry to most countries in the Persian Gulf, including the United Arab Emirates, Oman, Yemen, Qatar, Kuwait and Bahrain.

At the same time, the Russian market is closed to almost all food products from Ukraine, including poultry. According to official data, exports to Russia totalled $1 bn. last year.
Source: Ukrainian Ministry of Agriculture and Food