by Editor fleischwirtschaft.com
Thursday, May 15, 2014 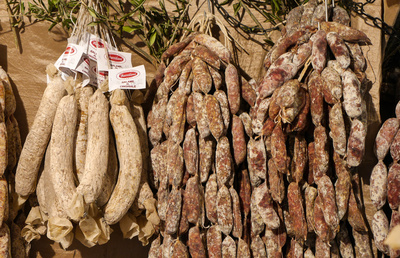 C. The International Monetary Fund (IMF) will recommend the government of Ukraine cancel all benefits for farmers on payment of value added tax (VAT) and transfer the meat industry to a normal mode of tax payment.

This was the message given in a special report from the IMF on the measures needed to restore the health of the country's economy. The proposal is expected be made as part of a regular assessment of Ukraine's economy, which will be carried out throughout 2014, starting at the end of May.

Earlier, Igor Schwaika, head of the Ministry of Agrarian Policy, had claimed that in the state budget of Ukraine for the rest of 2014 and 2015, all tax breaks for livestock producers would be kept in place. However, analysts now say that Ukraine's government has no choice but to fulfil the IMF's recommendations.

At the same time, there is general agreement that the step could ruin the country's meat industry. According to Ukraine's former Minister of Agriculture Mykola Prysyazhnyuk, cancellation of tax benefits would seriously hit the livestock industry, which has been revitalised in recent years.

Agricultural producers are now preparing a joint letter to the Ministry of Agrarian Policy, requesting them not to reform the tax system for the meat industry, as it could result in a sharp drop in production volumes.

The Association's analysts also estimated that the abolition of benefits would affect 56,000 businesses that employ 650,000 workers. Should tax breaks be eliminated, the number of unprofitable businesses would rise from its current level of 17-30% of the total, or about 7,000-13,000, to more than 50% or 20,000.

According to the Alexei Marchenko, director on common policy at Agromars, the second-largest poultry producer in the country, if the law is adopted it would hit the small poultry producers first.
Source: The International Monetary Fund (IMF)