Trade with Japan is important 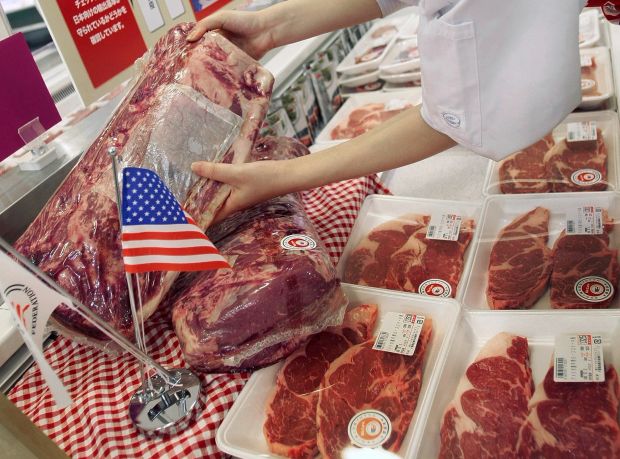 
USMEF Economist Erin Borror explained that Japan is the leading value destination for both US beef and pork, with 2018 exports expected to reach $2.1 bn. and $1.65 bn., respectively, when year-end data is available.

But Borror also cautioned that the competitive terrain in Japan has gotten steeper for US red meat due to Japan’s preferential trade agreements with Australia, the European Union, Canada, New Zealand, Mexico and Chile, and this situation will worsen unless the United States secures similar access terms with Japan.

She also explained that beef and pork make up a significant portion of US agricultural exports to Japan. The projected $3.92 bn. in combined red meat product exports represent about 30% of the $13 bn. in total US ag exports to Japan, second only to grains and feeds.

“Unless the US and Japan can quickly reach a trade agreement, lost opportunities will mount as Japanese companies seek more value-added, further processed products from suppliers such as the EU and Mexico,” Borror explained. “Decisions that are being made today will transform the business and without clear indications that the US and Japan will reach an agreement, the US industry is likely to suffer permanent losses in market share and related investment. Japan is irreplaceable as a trading partner, given its demand for high-value chilled pork cuts, and it is seen as an increasingly important market for value-added pork. At a time when US companies are looking to produce more value-added and branded products, the industry cannot afford to miss these opportunities in Japan.”