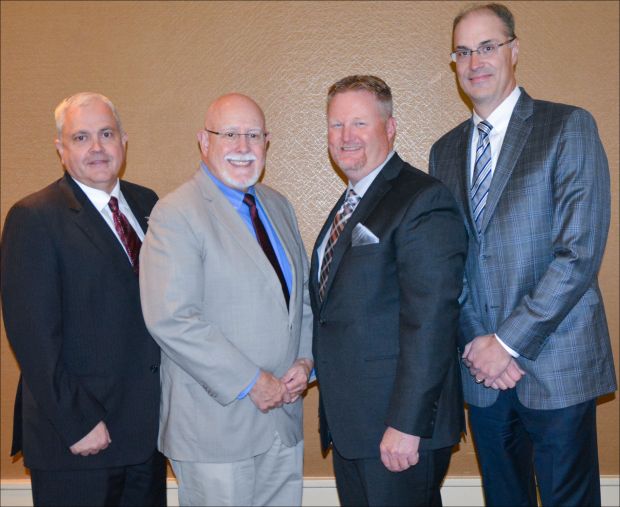 USA, Tucson, Ariz. The U.S. Meat Export Federation (USMEF) concluded its Strategic Planning Conference in Tucson, Arizona, Friday with the election of new officers for 2017–2018. Dennis Stiffler, Ph.D., who has served in many volunteer leadership roles for USMEF, was elected USMEF chairman.


“This is a very exciting time for USMEF – we have an extremely engaged executive committee with a lot of talented people,” said Stiffler, who is president of the Texas Division, Halpern’s Steak and Seafood, headquartered in Atlanta. He recently retired as chief executive officer of Mountain States Rosen, a fabricator, processor and distributor of lamb and veal products.

Stiffler has 30 years of livestock, meat industry and international marketing experience, and spent 10 years at major universities involved in teaching, research and extension services. During his tenure in academia, Stiffler traveled abroad on numerous occasions representing both USMEF and the U.S. Grains Council in education and market development programs.

His first interaction with USMEF was back when he was on the faculty at Texas A&M University. He later held various positions in the red meat industry, including the export business. In 2010, as a member of the American Lamb Board, Stiffler was appointed to the USMEF Executive Committee. He succeeds Bruce Schmoll, a corn and soybean producer from Minnesota, as USMEF chair.

Conley Nelson is the new USMEF chair-elect. Nelson is general manager of Smithfield Foods’ hog production division in the company’s five-state Midwest region and served as president of the National Pork Board in 2012–13.

The newest USMEF officer is Secretary-Treasurer Pat Binger of Wichita, Kansas, who heads international sales for Cargill Protein Group. A 30-year Cargill employee, Binger first became involved with USMEF more than 25 years ago. He sees USMEF’s role in the export game as more vital than ever.