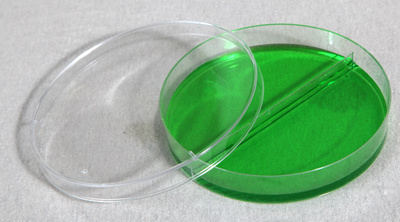 USA, Washington, DC The Food Safety and Inspection Service (FSIS) of the US Department of Agriculture is proposing tougher standards for pathogen reduction in raw chicken parts and not-ready-to-eat comminuted chicken and turkey products.

FSIS announced federal standards to reduce Salmonella and Campylobacter in ground chicken, chicken legs, breasts and wings, and turkey products. Proposed standards would achieve a 30% reduction in illnesses caused by Salmonella. For chicken parts, ground chicken, and ground turkey, FSIS is proposing a pathogen reduction performance standard designed to reduce illness from Campylobacter by at least 19% and as much as 37%.

Additionally, FSIS plans to use routine sampling throughout the year rather than infrequently sampling on consecutive days to assess processors' effectiveness at addressing Salmonella and, where applicable, Campylobacter on poultry carcasses and other products derived from poultry carcasses.

Ashley Peterson, Ph.D., vice president of scientific and regulatory affairs for the National Chicken Council, said food safety is a top priority for chicken processors, and noted the industry's track record of producing safe products. For example, the most recent FSIS Quarterly Progress Report showed that for the first quarter of 2008 through the first quarter of 2014, the industry reduced the occurrence of Salmonella on whole chickens by 63%. Also, the industry has reduced the incidence of Campylobacter by 30% since FSIS began testing chicken for Campylobacter in 2011.

In 1996, FSIS implemented performance standards for whole chickens. However, the agency has learned since then that Salmonella levels increase as chicken is processed into parts. By making standards for ground poultry tougher to meet, FSIS reasoned, ground poultry products nationwide will have less contamination resulting in fewer foodborne illnesses. The proposed standards for chicken parts combined with testing closer to the final product can greatly reduce consumer exposure to Campylobacter and Salmonella, FSIS said, adding that poultry parts account for 80% of the chicken available to consumers.

FSIS has opened a 60-day comment period. The agency plans to announce final standards and an implementation date in the spring.
Source: The Food Safety and Inspection Service (FSIS)