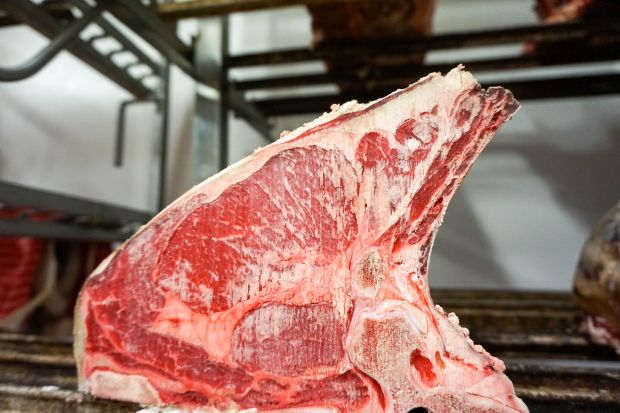 USA, Denver, Colorado. U.S. beef exports remained well above last year’s pace in July, posting one of the highest monthly export value totals on record, according to statistics released by USDA and compiled by the U.S. Meat Export Federation (USMEF). July pork export volume dipped below its year-ago level for the first time in 15 months, with export value also down slightly.

Beef exports to leading market Japan totaled 27,689 mt in July, up 20% from a year ago and the largest since July 2013 – which was shortly after Japan increased the eligible U.S. cattle age to 30 months. July export value to Japan increased 36% to $175.7 mill., the highest monthly total since 1996. For January through July, exports to Japan were up 23% in volume (178,501 mt) and 29% in value ($1.08 bn). USMEF’s featuring of chilled beef in Japan continues to pay dividends as chilled exports were up 39% to 83,951 mt valued at $613 mill. (up 40%). Driven by strong growth in Japan’s foodservice industry, especially the gyudon beef bowl chains which heavily rely on U.S. short plate, U.S. frozen beef exports to Japan were up 12% to 64,928 mt (valued at $250 mill., up 18%). But Japan’s frozen beef safeguard was triggered in late July, increasing the duty on frozen beef imports from suppliers without a trade agreement with Japan, including the U.S., from 38.5% to 50%. The impact of the safeguard is not likely to surface until the September export data is available. But since August, U.S. frozen beef has been at an even larger tariff disadvantage compared to Australian beef, which is subject to a duty rate of 27.2% under the Japan-Australia Economic Partnership Agreement.