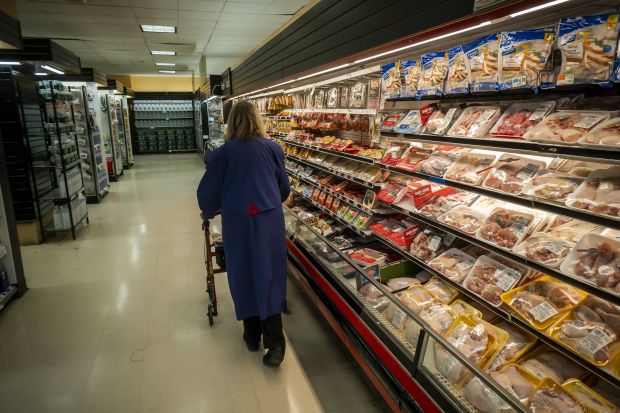 With a few exceptions, the American slaughterhouses were able to stabilize their production again. As a result, the supply pressure is easing.

GERMANY, Frankfurt. During the final week of May, meat and poultry supply remained tight but demand continued to be elevated. Retail demand stayed well above last year’s baseline even as restaurants around the country started seeing improvements in reservations, transactions and continued elevated engagement with takeout.


At retail, purchase limits remained in place for many popular cuts. Prices stayed mostly stable week-over-week but remained up significantly compared with year ago. Despite the supply pressure, dollar sales grew 18.7% the week of May 31 versus year ago and volume grew 2.8%.

Supply pressure is lessening going into June. “After two months of disruption, pork plants achieved record slaughter this week,” said Christine McCracken, Executive Director Food & Agribusiness for Rabobank. The net result was to drive pork prices lower, just in time for summer feature activity. Beef is not quite back to its normal run rate, but off just 4% from last year’s slaughter pace. There are a few plants that continue to battle large numbers of Covid-19 cases, but for the most part, the US meat industry is operating at very close to normal levels.” That is a significant improvement from McCracken’s late April reports when beef and pork were at historically low levels, down 35%, each.

McCracken added, “Even as the industry has nearly restored normal production levels, the backlog of just over 3 million market ready pigs and 1 million cattle remains a huge overhang on market values. Even if plants are able to maintain current slaughter rates, which itself would be a tremendous feat given employee fatigue, it will be difficult to work through this inventory before larger seasonal slaughter levels this fall. This unseasonal increase in availability is likely to continue to pressure red meat prices over the summer. Chicken markets remain relatively lackluster, even as QSR demand remains steady and first of the month retail volumes should be supportive. We expect some upward price momentum in coming weeks, as the industry will begin to see the impacts of production cuts taken at the height of Covid-19. Heavier weights are working against the smaller numbers, however, and could limit any substantial increases.”

Overall gain for all proteins

The overall 18.7% meat department gain was fueled by double-digit gains for all proteins. The two smaller proteins, turkey (+29.3%) and lamb (+31.2%), had the highest percentage gains versus year ago, but beef easily had the highest absolute dollar gains (+$97 mill.), followed by chicken (+$26 mill.) and pork (+$22 mill.). Exotic meat sales gained just under $1 mill. versus year ago.

Total meat department sales came in just over $1.4 bn. for the week of May 31, with continued gains for the big three (beef, chicken and pork) that have seen double and triple-digit increases ever since the week of March 15. Processed meats, sausages, frankfurters and bacon continued to do extremely well also. 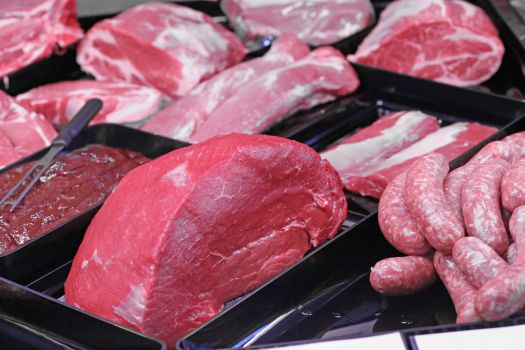