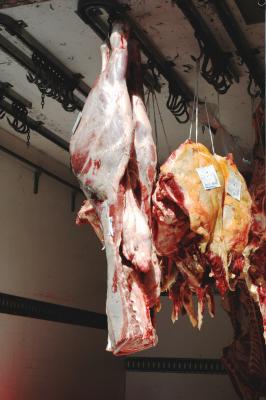 U.S. beef, pork and lamb exports all opened the New Year on a positive note, although market conditions suggest 2014 could be a challenging year for U.S. red meat exports, according to statistics released by the USDA and compiled by the U.S. Meat Export Federation (USMEF).

While price is just one of many factors that affect red meat trade, higher U.S. pork and beef prices will create challenges for American red meat exports in the months ahead, particularly in markets where customers are more price sensitive.

Philip Seng, USMEF president and CEO, noted that with U.S. beef production expected to drop 5% this year, and already running below last year's levels, it will be challenging to maintain export levels.

Strong performances in the key markets of Mexico, Japan and Hong Kong, plus solid growth in Central/South America (Chile is the top destination, but with triple-digit growth to Colombia) offset a drop in exports to Canada (down 26% in volume and 21% in value), partially driven by the weaker Canadian dollar, as well as declines in the value of exports to the Middle East and volume to South Korea.

In addition, the re-emerging Indonesian market was the eighth-largest single-country destination by volume as exports continued the strong pace set back in October following improved market access conditions.

Solid export growth to Mexico and the largest export volume to Japan since October 2012 helped push U.S. pork exports up 3% in volume (191,561 t) and 2% in value ($535.6 mill.). Sales to the Hong Kong/China region were steady in volume versus last January, but rose 15% in value. The Central/South America region was up sharply, driven by triple-digit growth to Columbia, while both Oceania and the ASEAN region posted solid increases.