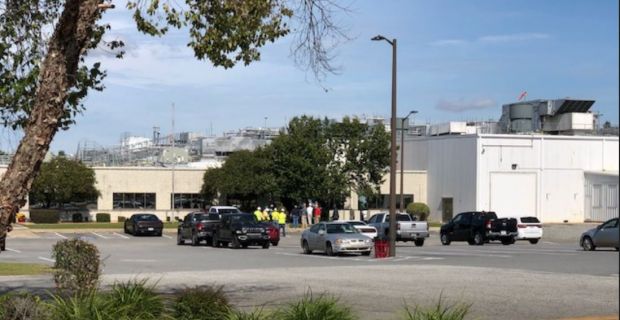 
The part of the roof that failed was over the administrative offices and damage assessments are ongoing during the closure.

According to Derek Burleson, a spokesman for the company, officials are still determining the timeline for operations to resume. “We’re assessing storm damage that impacted the administration area of our Vienna, Georgia, poultry plant on Saturday, Oct. 19. The plant was not operating at that time and there were no injuries to team members. We’re grateful for the quick response and assistance of local emergency management officials. The plant is not operating today,” he said.

Burleson added that Tyson’s poultry plant near Rogers, Arkansas lost power during overnight storms 20 October and into the morning of 21 October. Operations there were suspended for part of the day and no damage was reported.

This isn’t the first time the plant’s operations at the Vienna facility have been interrupted by weather. Hurricane Irma triggered storms in Georgia in 2017, resulting in Tyson officials closing the plant for one day as a precautionary measure. In 2018, the Vienna plant was closed for several days out of caution due to storms stemming from Hurricane Michael.

The facility was converted to a tray-pack plant in 2015 as part of a $110-mill.-renovation. The plant sustained damage in a fire in early 2017.