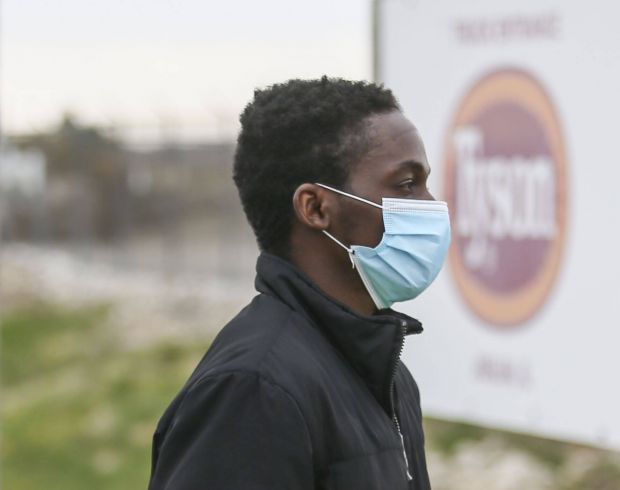 Photo: Imago Images / ZUMA Wire
Some of the country's largest processing plants or slaughterhouses have been forced to cease operations temporarily after thousands of employees across the country have tested positive for the virus.
Related Topics:

fleischwirtschaft.com — USA, New York. Tyson Foods is warning that "millions of pounds of meat" will disappear from the supply chain as the coronavirus pandemic pushes food processing plants to close, leading to product shortages in grocery stores across the country, reports CNN.
Facebook
Twitter

"There will be limited supply of our products available in grocery stores until we are able to reopen our facilities that are currently closed," Tyson elaborated.The company employs roughly 100,000 workers, closed its pork plants in Waterloo, Iowa, and Logansport, Indiana, last week so that workers in those facilities could be tested for the virus.

The Waterloo plant closure came after weeks of public pressure. Production had already slowed there because many of its 2,800 workers had been calling out sick, and local health authorities linked the plant to 182 cases — nearly half of the county's total. Some of the country's largest processing plants or slaughterhouses have been forced to cease operations temporarily after thousands of employees across the country have tested positive for the virus.

Pork processing plants have been hit especially hard, with three of the largest in the United States going offline indefinitely— Smithfield Foods in Sioux Falls, South Dakota; JBS pork processing in Worthington, Minnesota; and the Tyson plant in Waterloo, Iowa. Together, the three plants account for approximately 15% of pork production.