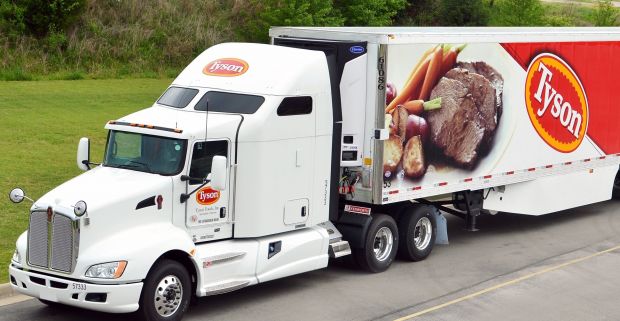 USA, Springdale, Ark. With its acquisition of AdvancePierre Foods Holdings Inc., being finalized this past June, Tyson Foods Inc. reported stronger adjusted earnings per share (EPS) for its fiscal third quarter ended 1 July, 2017 ($1.28 EPS based on revenues of $9.85 bn. compared to $1.21 EPS on $9.4 bn. during the same period the previous year).


According to Tom Hayes, president and CEO, all four of Tyson’s business units realized operating margins above normalized ranges on an adjusted basis and the company benefited from anticipated synergies of the AdvancePierre acquisition and the continued benefit of synergies from the Hillshire Brands integration of that business provided momentum for the company.

By fiscal 2020, net synergies of the AdvancePierre Foods deal are expected to top $200 mill., while $17 mill. in Hillshire Brand synergies were reported over the third quarter of 2016. For the first nine months of its fiscal year, the company reported record adjusted operating income of $2.36 bn. and record-high adjusted EPS of $3.88, which is 13% higher than the previous year.

For the quarter, Tyson’s Beef and Pork sales increases for Q3 helped bolster its Chicken and Prepared Foods segments. Quarterly Beef sales of $4 bn. compared to $3.78 bn. during the same period last year and Pork business sales were $1.32 bn. versus $1.27 bn. in 2016.

Beef sales increased due partly to availability of cattle and positive domestic demand and growing export volume. Average sales price for pork for the quarter and nine-month period were attributed to growing domestic and export demand, which fueled sales price increases as supplies struggled to meet live hog supplies.