US meat giant buys stake in Beyond Meat start-up 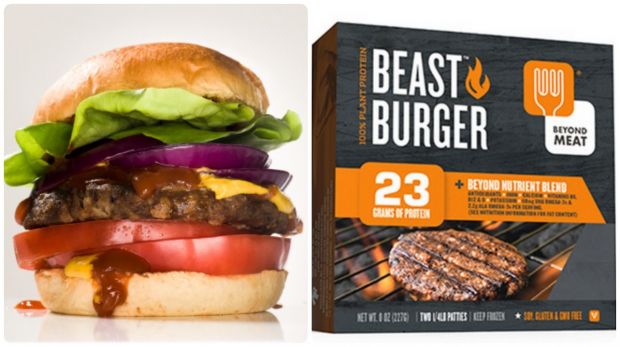 USA, Silicon Valley. US meatpacker Tyson Foods has bought a 5% stake in plant-based meat vendor Beyond Meat, a start-up trying to make lab-grown beef burgers, for an undisclosed sum.


At press conferences in California and Arkansas, the respective headquarters of Beyond Meat and Tyson Foods, the two meat companies – one massive, one small – announced a common goal: to broaden the availability of lab-grown meat, with the start-up keen to revolutionise the meat processing industry. To help this goal, Tyson Foods, one of the largest US meatpackers, will take a 5% stake in Beyond Meat, which sells lab-grown burgers across 11,000 stores stateside.

Ethan Brown, CEO and founder of El Segundo, California-based Beyond Meat did not disclose terms of the deal that has seen Tyson Foods become a minority investor. However, writing on his blog after the announcement, he said the capital raised will fund expansion of the company’s research and development programme – dubbed the Manhattan Beach Project.

He also moved to dispel concern than Tyson was “the enemy” because, unlike Beyond Meat, it slaughters animals. While he acknowledged Tyson had a “radically different view” on humanity’s relationship to animals, Brown said there was a lot the two companies agreed on: the need for sustainable protein against the backdrop of a rising population and innovation in the meat industry to drive profit and give consumers more choice being just two areas of mutual accord.

Tyson Foods’ investment in Beyond Meat comes after the start-up has already received financial backing from the likes of Bill Gates, venture capitalist firm Kleiner Perkins and the Humane Society of the United States. The privately-listed company has not confirmed the amount it received from investors.

The share price of Tyson Foods increased by 4.06% on Monday 10 October as news of its investment in Beyond Meat was made.