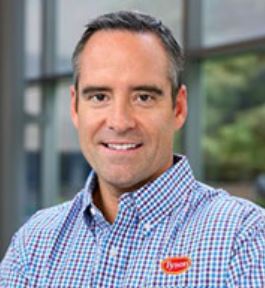 USA, Springdale, Arkansas. Tyson Foods, Inc. announced that Tom Hayes, President of Tyson Foods, will succeed Donnie Smith as Chief Executive Officer on December 31, 2016. Hayes will continue to serve as President and has been appointed to the Board of Directors, effective immediately. Smith, who has been CEO of Tyson Foods since November 2009, will be available to consult with the Company for a three-year period.

Smith became CEO of Tyson Foods in November 2009, and has helped to build a platform to support the Company’s hybrid strategy of branded prepared products and fresh chicken, beef, pork and specialty meats. Hayes was appointed President earlier this year and is leading Tyson Foods’ transition to the hybrid model. Working with Smith to leverage Tyson Foods’ scale and develop brands to drive growth, Hayes has been responsible for retailed packaged brands, international and global growth, North American sales, strategy and new ventures, as well as the support functions of corporate affairs and operations services.

Hayes is a 29-year veteran of the consumer products industry. Prior to his role as President, Hayes was chief commercial officer at Tyson Foods, overseeing all North American sales, in addition to the food service prepared foods business. He also previously served as president of food service. Previously, Hayes served as chief supply chain officer for The Hillshire Brands Company, responsible for operations including procurement, manufacturing, food safety and quality, engineering, and logistics.  Before that, Hayes was senior vice president and chief supply chain officer for Sara Lee North America, responsible for supply chain activities for the company’s North American Retail and Foodservice businesses. Prior to this role, Hayes was president of Sara Lee Foodservice.

Before joining Sara Lee in 2006, Hayes served as group vice president of US Foodservice, Inc., where he oversaw the turnaround needs of broad line distribution facilities in the Northeast. Hayes has also held general management, sales and marketing roles at ConAgra Foods, The Fort James Corporation, Stella Foods and Kraft Foods.

Hayes has served on the executive committee of the board of the North American Meat Institute (NAMI) and the board of directors for the International Foodservice Manufacturers Association (IFMA). Hayes earned a Bachelor of Arts degree in psychology from the University of New Hampshire and a Master of Business Administration degree from Northwestern University’s Kellogg School of Management.