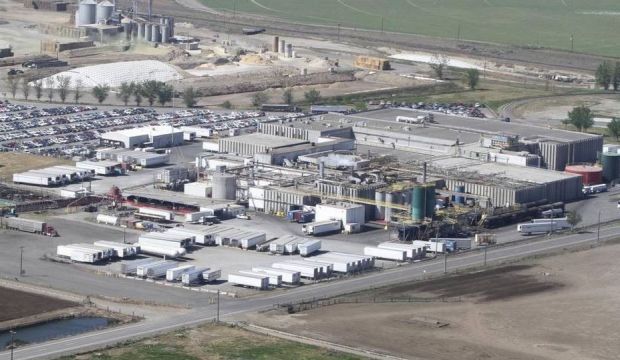 USA, Wallula, Washington. About 40 firefighters responded to an early morning fire at the Tyson Foods on Dodd Road in Burbank. A fire in the rendering area of the plant has temporarily halted production at the beef processing facility, according to fire officials. No one was hurt during the incident. This was reported by “Tri-City Herald”.

An early morning fire at the Tyson Foods plant in Wallula has shut down the plant for at least the day while fire crews battled a “large grease fire.” Workers were evacuated, no one was hurt. Emergency crews were called about 4 a.m. to reports of a fire in the animal rendering area of the plant.

Gary Mickelson, senior director of public relations for Tyson Foods, said the damage was limited to a small part of the building and they expected to resume production by the following day.

Tyson processes 128,000 head of cattle per week at Wallula and its sister plants. With an annual payroll of  $51 mill. and a $900 mill. appetite for local cattle, Tyson’s Wallula plant is one of the Mid-Columbia’s most significant processors.